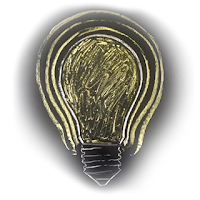 Somehow, and I just can't remember what got me got steered in this direction, I ran across the "Solve For X" movement. I assume I became aware of "Solve For X" at pretty much the "foundational level," since my introduction was Neal Stephenson's speech with that title. His speech is available on YouTube, by clicking the link.

Stephenson's point? We (as a species; or maybe we as Americans) don't seem to be engaging in the efforts necessary to produce "big innovations that will change what our physical, built environment looks like." That's a quote from his speech.

We have, according to Stephenson, "impoverished our ambitions." There are an awful lot of  "technologically feasible things that we are failing to do," and Stephenson thinks that we ought to be doing them. For instance, we could (according to Stephenson) build a tower, using existing materials, that would rise about fifteen or twenty kilometers from the Earth's surface. That is just one example of the kind of projects that we should be undertaking, says Stephenson.

While Stephenson professes his personal affinity for environmental protection, he does think that we are somewhat hamstringing our greater ambitions by focusing on all the possible environmental problems that are inherent in any truly large scale human endeavor. In other words, Stephenson is guardedly critical of the idea that we should be imposing any kind of any environmentally-based restraints on the exercise of our ambitions, and on our realization of those big, new ideas that Stephenson would like to see us attempt. He is not much of an advocate of the "Precautionary Principle!"

I would argue that we have, perhaps, learned at least a little bit from our past mistakes, and that we aren't quite as anxious, now, to make environmental gambles that may not pay off. We know, now, that the grand (or grandiose) projects that we can imagine may cause lots of problems, and that we actually are gambling with the future of the Natural World when we undertake them.

As an example of where Stephenson and I differ, Stephenson says that one of the "technologically feasible" things that we are not doing is becoming "energy independent." He did not phrase it as "independent of hydrocarbon-based energy." That might have made me more enthusiastic. I think Stephenson was talking about producing, in the United States, all the energy we use to operate our society here. One "technologically feasible" way to achieve that kind of "energy independence," heralded by politicians from President Obama to California's Governor Brown, is called "fracking." I, for one, am quite happy to constrain our big ambitions in that arena by demanding some up-front environmental limits.

Starting with Stephenson's speech, which I assume helped launch the greater movement (though I am actually not sure about who launched what, and when), I found a website called "Solve For X." This website announces itself as "a forum to encourage and amplify technology-based moonshot thinking and collaboration." Here is a link to a description of what "moonshot thinking" is all about.

There are lots of potential "moonshot" projects listed on the Solve For X website, and many of them sound quite good. I certainly invite you to take a look.

Every day, for the past three years or so, I have tried to spend at least a little time thinking about my "Two Worlds" hypothesis. Our world, the world that humans build, is the world in which we may realize the "moonshot" ideas that Stephenson and the "Solve For X" movement believe should be receiving more attention.

That human world, I am ever more convinced, is utterly dependent on the World of Nature, a world we do not create, and the world that sustains all life.

Looking at our current situation, I find that I am not much concerned that we are not building towers fifteen kilometers high, and that we are not carrying out some of the other "moonshot projects" listed by the "Solve For X" advocates.

My concern is that we have focused way too much attention on our own plans and ambitions, and have forgotten or shortchanged the Natural World. In fact, we are destroying the ability of the Natural World to sustain us, and to sustain other living things, as we advance our human enterprises. Working to restore Nature, instead of working to advance an ever grander agenda within the human world, is the project that seems most compelling to me.

If you think I'm wrong, and if you would like to see more "moonshots," check out "Solve For X."