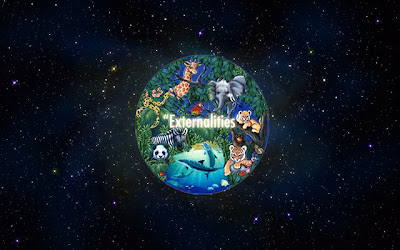 California State Senator Fran Pavley wrote an article about fracking that appeared in the August 13, 2013 edition of the San Francisco Chronicle. Not incidentally, Pavely is the author of Senate Bill 4, pending in the California State Legislature. If enacted and signed into law, SB 4 would regulate fracking operations in California. The bill, in its current version, is stronger than what Governor Brown has been urging, and is less strong than what groups like the Sierra Club would like.

Pavley's article was titled "Hydraulic Fracturing: State Cannot Afford A Teapot Dome Loss." Click the "Teapot Dome" link if you are unclear about the details of this sordid incident in American political history. In essence, the Teapot Dome scandal was a huge giveaway to the oil companies. Mineral rights owned by the public were transferred to the oil companies at a ridiculously low price, without competitive bidding. Pavley is warning against a similar giveaway, in the era of "fracking."

In this case, unlike what happened in the Teapot Dome scandal, the issue is not mainly about the transfer of oil rights to private companies at a below value price. At least not directly. What is going on with fracking is letting the oil companies drill for oil, using hydraulic fracturing technologies, without making sure that the oil companies don't "externalize" their costs.

Since the time of Teapot Dome we have learned that there are often environmental and associated costs involved with economic activities that provide private profits (like oil production), and that these profits are actually the result of a failure to make those doing business pay for the environmental damage that they cause. Ultimately, the public has to pick up the bill, and/or the public (and the natural environment generally) suffers from the environmental degradation associated with the "profitable" business operations.

Fracking techniques will quite likely degrade water quality. They will diminish and actually destroy the value of scarce water resources. They may cause earthquakes. Fracking for oil will leave behind the need to do environmental cleanups that the public will either pay for - or if they don't, will never be done at all. The natural environment will suffer, and so will the pocketbooks of the American public. The oil companies will get the profits, but unless strong regulations are in place, and unless these are vigorously enforced, the public loses while the oil companies gain. I am not even mentioning the fact that burning more hydrocarbon fuels, in this time of global warming, is the worst thing we can do to the planet.

Governor Brown is quoted by Pavely as saying, "I have to balance my strong commitment to dealing with climate change and renewable energy with what could be a fabulous economic opportunity."