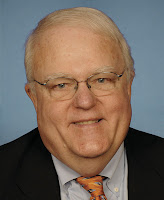 Jim Sensenbrenner, pictured to the left, was a classmate of mine at Stanford University. Edward Snowden, pictured to the right, has been identified by Wikipedia as a "dissident" who who leaked to the press the details of several top-secret United States and British government mass surveillance programs.

I am not sure whether "dissident" is exactly the term I'd choose to define Snowden, though it is pretty clear that Snowden does "disagree with ... an established religious or political system, organization or belief." That definition of "dissident" comes from the online version of the Merriam-Webster dictionary. The problem with using the term "dissident" to define Snowden is that Mr. Sensenbrenner would also qualify.

For anyone who knows Jim Sensenbrenner, who was the author of the Patriot Act, and who is one of the most authentic and diligent right-wingers I know, "dissident" isn't the word that immediately springs to mind.

Listen to Congress Member Sensenbrenner, however, as he comments on what the United States government is doing by way of spying on each and every citizen and resident of the United States of America. I am linking to two YouTube clips. The first clip is his interview with Fox News. The second clip shows Congress Member Sensenbrenner in a Congressional hearing.

Jim Sensenbrenner, who has been a consistent right-wing advocate since his undergraduate days, definitely "disagrees" with the conduct of the United States government. Just like the lady in the cartoon below, he thinks all of us should be able to "keep our secrets, too."

Furthermore, Sensenbrenner thinks the conduct of the United States government, in spying on all its citizens, is a "big deal."

This may be the first time I have ever agreed with Jim Sensenbrenner, who lived just down the way from me in Stern Hall, and with whom I had a number of political arguments. Past arguments aside, what the government has done in this instance is a "big deal," and it's wrong, and it's disgraceful, and it's illegal, and with these statements I am now joining Sensenbrenner and Snowden as a "dissident."

I hope readers will become "dissidents," too, and demand that the United States government stop pursuing draconian penalties against those who have revealed its spy programs, and terminate the programs, instead. 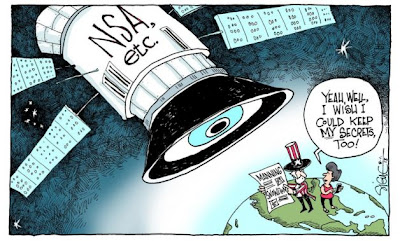