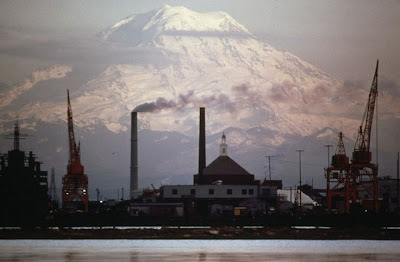 This is Tacoma, Washington in 1973. Mount Rainer is in the background.

Putting the natural world in the background may not be our best plan.

In fact, as the picture below illustrates, if we are not careful, putting Nature in the background may make it disappear altogether. The second image is of the misnamed "Longview," Washington, also in 1973. Both images come from the In Focus feature, published occasionally by The Atlantic. 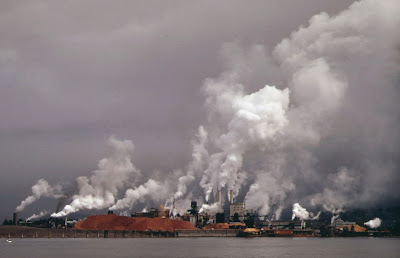