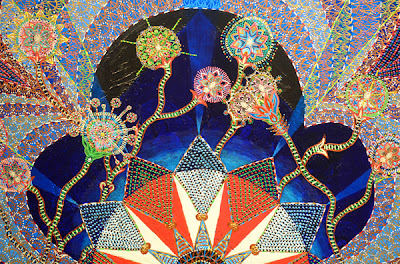 "Commonwealth" is a word much used in America Beyond Capitalism, the Gar Alperovitz book I have mentioned before. Alperovitz asks us to imagine a "Pluralist Commonwealth." That is the objective towards which he would like us to direct our efforts.

First, [it] attempts to nurture and rebuild democratic experience by supporting various mechanisms to make democratic practice real in the lives of citizens.

Second, [it] opens a steadily expanding wedge of time for individuals to participate in democracy. This is one of the Pluralist Commonwealth's most important elements.

Third, [it aims] to translate technological gains into greater equality - thereby offering long-term possibilities for equality of democratic participation in general and for challenging and containing the power of large-scale enterprise in particular.

Fourth ..., the change in ownership legitimizes the public's inherent right to ensure that major firms are  made accountable to larger concerns

Fifth, the longer-range Pluralist Commonwealth vision ultimately and over the long haul also reduces the scale of public institutions that hold firms to account.

One of Alperovitz' main points, in talking about political, economic, and social change, is that we need to know what, specifically, we want to achieve, if we ever expect to create the kind of world in which we want to live. His definition of a Pluralist Commonwealth seems like a very good, and non-utopian, goal for our efforts.

But we still have to figure out how to get from here to there!