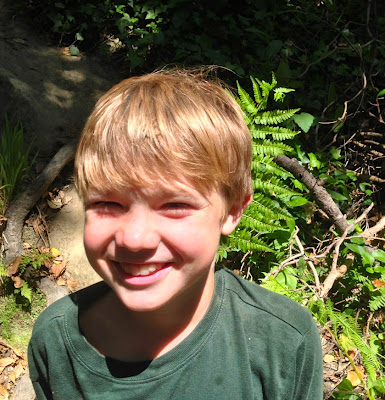 My grandson Dylan is seven years old. He is moving into a new house, out in Soquel. Here he is in Soquel Creek.

Soquel Creek and other natural areas are not far away from where Dylan is moving, and Dylan recently saw a deer, right in his new neighborhood.

According to my wife Marilyn, who was with him, Dylan immediately, and without any prompting, said that cities should be developed so that buildings were built higher. If that were done, he pointed out, cities wouldn't need to spread out so much, and destroy the places where deer live.

This is actually quite a sophisticated urban planning insight, sometimes called "smart growth." I talk about this topic frequently on my weekday Land Use Reports on KUSP Radio, but I doubt that Dylan is a listener. We have never had a discussion about these planning principles.