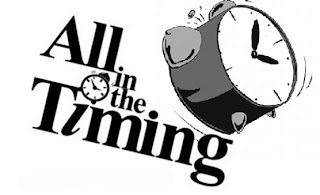 I have been reading a 6,000-page environmental analysis of the desalination plant proposed by the City of Santa Cruz. The document in question is a Draft Environmental Impact Report circulated by the City and the Soquel Creek Water District. The publication of this draft report is step one in a process that allows meaningful public participation, or that is supposed to.

The California Environmental Quality Act, or CEQA, is unique in the way it seeks to protect the environment. Instead of mandating specific environmental standards, CEQA imposes a required governmental process, coupling that process with what is called the "substantive mandate." CEQA's substantive mandate is a requirement that the agency modify its own ideas, and implement any alternatives or mitigation measures that are feasible, and that would, if implemented, reduce or eliminate identified environmental impacts.

The CEQA process goes like this: (1) In step one, the governmental agency proposing to do something that "might" have a negative environmental impact publishes a Draft EIR (or DEIR) that describes and analyzes the project. (2) In step two, the public is given time to comment on the DEIR, so that interested and informed members of the public can point out information not considered, or can raise questions about the information that has been included. (3) In step three, the agency must then respond, substantively, to all substantive comments received from the public. Before the agency takes action, it must review the Final EIR, which includes the Draft, the comments on the Draft, and the responses to those comments. And, the agency must comply with the substantive mandate and utilize alternatives and mitigation measures that will reduce or eliminate identified impacts.

Compliance with the CEQA process is enforced by the courts when governmental agencies don't follow CEQA's requirements. The process gives informed citizen participation a powerful place in the decision making process. Unlike the normal "public hearing" approach, in which citizen comments (usually restricted to two minutes) are simply ignored by the elected officials who make the decisions, the CEQA process demands that substantive concerns be addressed. If they are not, the courts will actually make the governmental agency go back and do it over. When that happens, delays occur, leading to much gnashing of teeth from project proponents. Of course, if the government agency had just done it right in the first place, there wouldn't be anything to gnash about!

This whole process, which truly does give citizen participation a powerful role, fails if there isn't enough time for the public to read the DEIR, and then to make informed and substantive comments. In the case of the City's DEIR on the proposed desalination plant, the City has provided 60 days to review and comment on the 6,000 page DEIR. That page count does include appendices, but they are vital to understanding the rather technical desalination proposal.

I've done a rough analysis, and I believe that there are about 3,000,000 words in the DEIR (counting the appendices). If the average person reads at about 300 words per minute (which seems to be what the experts say), a person would have to spend 56 days reading the DEIR, presuming that they spent two hours per day, every day, doing that. Then, of course, they would have to take the time necessary to respond to the information contained in the DEIR. My conclusion? Sixty days isn't enough to give the public a fair chance to participate.

I have written a letter to the Santa Cruz City Council, asking the Council to extend the comment period.  No response!

Other interested persons could do the same. Feel free to use my letter as a reference!