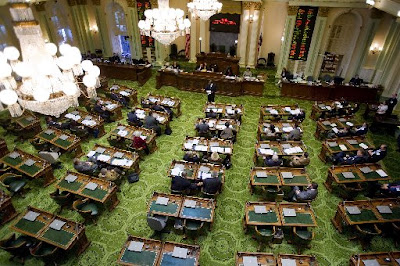 I have never been as happy in my work as I was when I was an elected member of the Santa Cruz County Board of Supervisors. In thinking about why that is so, I realize that those who elected me, and whose representative I was, were my "reason" for doing what I did, and thus convinced me of the "legitimacy" (and value) of what I was doing.

In many ways, I was able to be quite self-directing during the twenty years I spent on the Board of Supervisors, representing the Third Supervisorial District, but I always felt (and I think correctly, since I was elected five times) that I was doing what the majority of the people wanted me to do. Not all the people were happy with my work; not by a long shot, but the majority were!

Writers need an audience. Those engaged in the political life need to represent someone besides themselves. Doing that, at least for me, brought satisfaction.