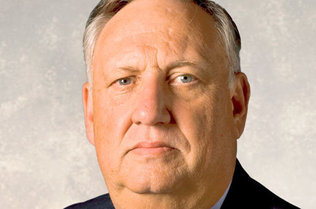 In a recent opinion piece, political columnist Dan Walters (pictured) says that members of the Los Angeles Board of Supervisors hold "ultrapowerful" positions.

True, Los Angeles is a big and important county, but could that "ultrapowerful" designation be a bit of an exaggeration? I actually don't think so. I think Walters is right on the mark.

If "power" really means what the dictionary says it means, the "ability to act or produce an effect," then members of Boards of Supervisors are among the most powerful politicians around.

The elected officials who run our local government agencies are the most "powerful" politicians we have, in the sense that they can "get something done." Shame on us if we don't insist that they do that.