#277 / Questions For The Candidates 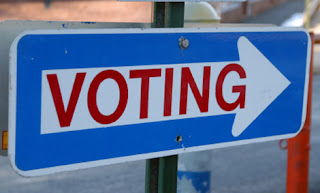 With respect to the election for Fifth District County Supervisor, which will have a major impact on County policies over the next four years, I have been trying to think of a question that might differentiate the two candidates (Eric Hammer and Bruce McPherson). Here's the question I have come up with, to help make clear which "side" each candidate is on:


With respect to City Council elections in the City of Santa Cruz, in which multiple candidates are running, with all the candidates saying pretty much the same things, here are the two questions I would pose, to see if I could shake loose some differentiation:

Politics is definitely a "team sport," and it is often not very easy to get candidates to disclose what "team" they're playing for. But we do need to try to get that information! If you happen to see one of these Santa Cruz candidates, and have a chance to ask them a question, see what answer they give to the questions I suggest.