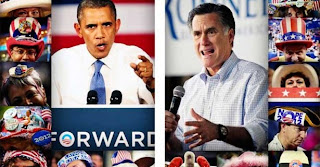 In These Times ran an excellent article by Vic Fingerhut in its October 2012 edition. Fingerhut is a campaign consultant who works only for progressive candidates. The title placed on the article in the print edition was "Independent and Uninformed." One of the main points in the article is that voters increasingly do not identify themselves with either of the two major political parties (or with any other political party, for that matter), and that voters increasingly choose to characterize themselves as "independent." This is a very significant change in our politics, and this change, while happening only slowly, is actually transforming our politics in a very profound way.

Here is a quote that I found telling:

[Beginning in 2009], the public perceived, fairly or not, that the Obama administration had failed to adequately address the devastating jobs situation. Consequently, the image of the Democrats as the "party of ordinary working American families" began to erode. This perception of the party as the defender of working people had been its greatest source of electoral strength for more than 70 years - and the single most frequently volunteered reason for Democratic Party identification.... [Currently, party registration is approximately equally divided, as between the Republicans and the Democrats], but how much does this new 2012 distribution of "party identification" really mean when it comes to Americans actually casting their ballots?

The answer is a lot. Indeed, probably more than any other single factor.

If party designations do not correlate to any real difference between the parties - or if such party designations don't seem to correlate to such differences, then voters are unable to make a policy-based choice between the candidates. Political decisions become untethered from policy and principle, and are susceptible to easier manipulation by the advertising techniques that ever more clearly dominate our elections. Add unlimited corporate money on the Republican side, and it's clear why the Presidential election this November remains so "close."

Contrary to what many people believe (or want to believe), a healthy politics is not about "finding consensus;" it is about "resolving conflicts." Such conflicts, of course, are endemic to politics, and to government, and in fact to life with other people. Fundamental choices always face us. If the parties don't dramatize the differences, and give voters a very clear understanding of what "side" each party is on, the voters are more and more "uninformed," because the only way principle and politics can inform our electoral system is when there are at least two parties that consistently stand for opposing approaches.

Politics is, by its nature, a "team sport," and when the voters come onto the field to play, they have to know what side they are on. A football game, or a baseball game, or a soccer match in which lots of players consider themselves "independents," and change sides on a play by play basis, will ultimately discourage everyone involved.

Such is our politics today. As Fingerhut puts it: "independent and uninformed."