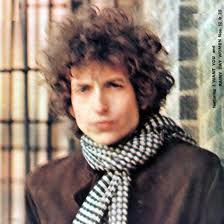 Bob Dylan's Blonde On Blonde album was released in 1966. One of my favorite songs from the album is "Pledging My Time." I have always particularly liked the song's refrain, which does, rather candidly, put a rather common human experience into words (and music):


I’m pledging my time to you
Hopin’ you’ll come through, too.

When we pledge our lives to someone, or to something, we are pretty much forced into hope. When you make that pledge, you can't be sure. We have all had the experience of having our expectations be disappointed.

If someone wants to go looking for the "real revolutionaries" that didn't show up in the sixties, they probably need to be looking for people ready to make that pledge.

It did happen once before, right here in North America:

We, therefore, the Representatives of the united States of America, in General Congress, Assembled, appealing to the Supreme Judge of the world for the rectitude of our intentions, do, in the Name, and by Authority of the good People of these Colonies, solemnly publish and declare, That these united Colonies are, and of Right ought to be Free and Independent States, that they are Absolved from all Allegiance to the British Crown, and that all political connection between them and the State of Great Britain, is and ought to be totally dissolved; and that as Free and Independent States, they have full Power to levy War, conclude Peace, contract Alliances, establish Commerce, and to do all other Acts and Things which Independent States may of right do.

And for the support of this Declaration, with a firm reliance on the protection of Divine Providence, we mutually pledge to each other our Lives, our Fortunes, and our sacred Honor.

Seems that the last "real revolutionaries" around these parts were ready to pledge their time. And their money!

Let's not forget that part.