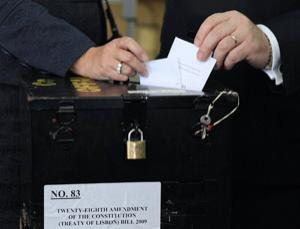 Winston Churchill is given credit for this observation about democracy (one my father delighted in repeating to me, whenever I criticized our politics or government):

As we move towards our national, state, and local elections this November, it might be worth thinking about this system we call "democracy." Check out the blog at A New Kind of Third Party, or read what NewScientist has to say in their article, "Why democracy is always unfair."

I wish I could believe that the dysfunction of our democracy (and of our democratic government) could be cured by our use of a better "system" of voting and elections. In the end, I doubt that's the big problem.

Most of us, in fact, are not directly involved in government. We don't spend a lot of personal time reading legislative proposals, or the agendas of local government agencies. We don't go to many governmental meetings. We don't even watch them on television, though we could, or on our computers, which we sometimes can. If we were personally and directly involved in government, then what our governmental agencies do would be significantly changed. Without direct participation in government by the people themselves (what SDS called "participatory democracy"), our system (however the voting and elections are done) amounts to nothing more than a system in which we have some ability to choose the people who run our lives for us.

The "real revolutionaries" of our time, if we believe Hannah Arendt, are those who "face the reality of the present and think deeply about meaningful responses and alternatives."

The reality is that our governmental institutions are running amok. They are totally out of control. They are making bad decisions on a daily basis at the national, state, and local level. If we don't find some "real revolutionaries" with some meaningful responses and alternatives ... if we don't reassert our control over our governmental institutions and regain some greater measure of "self-government," then our experiment in "democracy" is coming to an end.