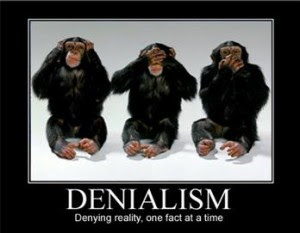 In Guernica, a "magazine of art & politics," Rachel Riederer writes about "Rape and Rhetoric," as follows:

Todd Akin’s comments about “legitimate rape” rarely resulting in pregnancy have made the Missouri Senate candidate a household name. The content of the statements was, of course, ridiculous and offensive. But the comments struck me most as a rhetorical move, one that’s in wide usage but rarely gets this kind of attention. When asked to defend a difficult and extreme position—his opposition to abortion in all cases, even rape—Akin chose not to explain the values and thoughts behind his position, but to push aside the question with a bogus fact.

I was alerted to Riederer's article by a reference in the blog published by the Hannah Arendt Center at Bard College, which made this point:

We face today a crisis of fact. Facts, as Hannah Arendt saw, are all around us being reduced to opinions; and opinions masquerade as facts. As fact and opinion blur together, the very idea of factual truth falls away. And increasingly the belief in and aspiration for factual truth is being expunged from political argument.

There is an obvious distinction between "fact" and "opinion," and I think that both the Arendt blog and Riederer are correct in what they are saying. Akin attempts to distract attention away from his (extremely offensive) political position by making up a "bogus fact." This is not a unique occurrence. As the Arendt blog says, this kind of political behavior is ever more common. Did anyone watch the Republican National Convention? Jon Stewart's take on Clint Eastwood's empty chair hit it on the head. Those Republicans are making up a reality that only they can see!

All that admitted, I would like to make a related observation, as a kind of "caution" about conferring too much authority to what are often called "the facts." Existing realities ("facts" about existing conditions) are often presented as "inevitable." In other words, the discussion of political possibilities is often truncated by a dismissive appeal to "the facts," which are supposedly "real" and "unchangeable."

Within "our" world (as opposed to the World of Nature, which we did not and do not create) the "facts" are largely what we make them. It is important to remember this, so that we can change the realities we confront. Within our world, the "facts" about our present situation are nothing more than a reflection of what we have done in the past. They are just a statement about the results of past actions, and past choices. The "facts" are not immutable.

"Everyone loves their car." That may be a "fact," but it's not necessarily true that we need to plan our lives around our cars. We can change the world, and all the "facts" that make it up - as long as it's clear that it is "our" world we are talking about.

What we can't change are the physical and biological "facts" of Nature. For instance, we can't, by some human ("political") decision establish a new natural law that fertilization will not occur under conditions of rape. Akin acts like this is a kind of "fact" that can be changed, so he propounds a "bogus fact."

That's offensive, and that is wrong, but let's not forget that most of the "facts" that we confront in the world we most immediately inhabit ARE susceptible of change. It is precisely because we can change the "facts" in our world that we have what we can objectively determine is political "freedom."

We are not able to free ourselves from the "facts" of Nature, no matter what our opinions. But in "our" world, in the world we create ourselves, in the "political world" we most immediately inhabit, our opinions about what the world should be like can lead us to take actions that will change the "facts," and to create a new, and hopefully better reality.

I don't mind "denialism" if I am denying claims that inequality, injustice, and ecocide are simply the inevitable "facts" we need to learn to live with. Those may be "facts," but they are facts we can (and must) change.