The image above is from a website called "Company Founder," devoted to providing "knowledge and transformation for entrepreneurs." Click on the link, or on the image, to visit the site.

Of all of the rhetorical elements, Pathos may be the most powerfully motivating.

To return to the well-regarded text to which I have been citing:

Pathos (Greek for "suffering" or "experience") is often associated with emotional appeal. But a better equivalent might be "appeal to the audience's sympathies and imagination." An appeal to pathos causes an audience not just to respond emotionally but to identify with the writer's point of view--to feel what the writer feels. In this sense, pathos evokes a meaning implicit in the verb "to suffer"--to feel pain imaginatively.... Perhaps the most common way of conveying a pathetic appeal is through narrative or story, which can turn the abstractions of logic into something palpable and present. The values, beliefs, and understandings of the writer are implicit in the story and conveyed imaginatively to the reader. Pathos thus refers to both the emotional and the imaginative impact of the message on an audience, the power with which the writer's message moves the audience to decision or action.

President Clinton's speech drew not only on the President's credibility and his appeal to the facts and logic supporting the candidacy of President Obama. The speech also well utilized the element of Pathos, particularly in his emotional closing words:

I love our country – and I know we're coming back. For more than 200 years, through every crisis, we've always come out stronger than we went in. And we will again as long as we do it together. We champion the cause for which our founders pledged their lives, their fortunes, their sacred honor – to form a more perfect union.

For the MOST emotionally moving speech of the Democratic National Convention, however, the "Pathos Prize" goes to Michelle Obama. Here is another speech worth watching. See if this one doesn't make you cry. 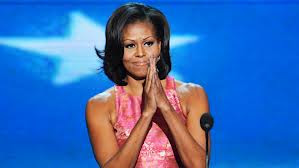