#226 / The Fecundity Of The Unexpected 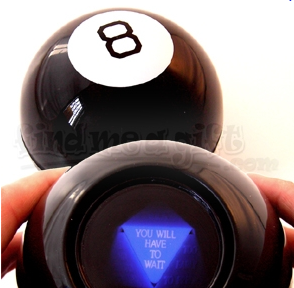 The Hannah Arendt Center at Bard College publishes a blog on "all things Arendt." That cuts a pretty broad swath, actually.

A posting on August 8th discussed the pension crisis that is affecting not only governmental agencies, but private companies, too. It's a thoughtful article, and well worth reading. Most centrally, the article presents various predictions made by legendary investor Bill Gross, and discusses his conclusion that the last 100 years may have been an abberation, in terms of returns obtainable on funds invested.

The blog author thinks Arendt would have put this "twist" on what Gross is saying:

We should neither take Bill Gross' prognostications as prophecy nor deny the reality he describes. Gross offers merely a hypothesis about the future, something far different from a fact. We do not have an adequate understanding of human nature and human economy to predict the GDP for this year, let alone for 2030. Human spontaneity, chance, and freedom mean that predictions of the future are simply calculations based upon the assumption that such and such will happen if men act rationally and nothing unexpected happens. In such cases it is helpful to recall Pierre-Joseph Proudhon's remark (loved by Hannah Arendt) that "the fecundity of the unexpected far exceeds the statesman's prudence."

The fact that we have, always, the revolutionary potential to do something "new" is the glory and power of our human condition.