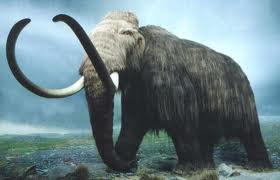 The California Environmental Quality Act, or CEQA, is the state's most powerful environmental law. Unfortunately, CEQA is under attack in the State Legislature, with both the Governor and individual members of the Legislature seeking to exempt significant projects from its "Three-Step" process.

The most recent example is the Governor's outrageous proposal to shield his problematic high-speed rail project from the kind of "stop and think" review that might illuminate a lot of environmental and other problems with a project that has a rather undeserved "green" reputation.

In fact, the Governor's effort to shield the proposed high-speed rail project from CEQA is just one example of what seems to be a growing trend. Last legislative session, big sports stadiums were given special CEQA treatment. The idea seems to be that if the project "sounds good" it should be exempt from the kind of public review that just might raise uncomfortable questions.

The true strength of CEQA, historically, is founded on a 1972 California Supreme Court decision called Friends of Mammoth v. Board of Supervisors of Mono County. That decision held that CEQA applies to all governmental actions that "might" have a significant adverse impact on the environment. Clearly, projects directly carried out by the government (like the proposed high-speed rail project) were covered by the law from the start, but what the California Supreme Court made clear, and what has made all the difference for the California environment, is that governmental decisions about whether or not to give a permit to a private developer are also decisions for which CEQA review is required.

The developers have never gotten over the Friends of Mammoth decision, and they have been fighting CEQA ever since. Unless the public speaks up now, they may succeed in undermining a law that has empowered ordinary people vis a vis their government, and that helped protect and preserve the natural environment, upon which all our works and creations ultimately depend.