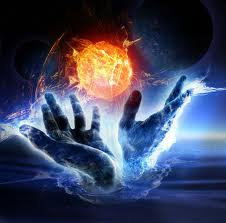 People are (quite justifiably) suspicious of political power, but as I said in an earlier posting, I think that the best way to deal with this is by trying to make every person more powerful, rather than by trying to make our institutions of government less powerful. "Power" is the ability to get things done, and surely we want our government to be able actually to accomplish something.

If you happen to be an elected official, say a County Supervisor, you will command 20% of the voting power of the the Board of Supervisors. That means that your ability to get things done is potentially very great.

Lots of local officials spend most of their time telling their constituents why something is impossible. The way I look at it, one County Supervisor, plus two more votes, gives that elected official the ability to accomplish anything that the County government can do - which is quite a bit!

Here is some free advice to the candidates: if you are lucky enough to be elected, use your vote to do what your constituents want their government to do.

That makes them powerful, which is the way it's supposed to be!