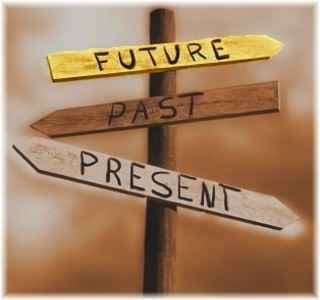 I received Stephen King's recent book, 11/22/63, as a Christmas present, and I promptly read it. It's about time travel (among other things), and the book suggests that if it were possible to go back into the past, and to take actions there to change the future, the past would "resist," and make it difficult (though not impossible) to make the future different.

King's book could serve as a cautionary tale about what would actually happen if it were, indeed, possible to utilize time travel techniques to alter the past so as to achieve what might be anticipated to be a "better" future. Time travel with that future-changing objective in mind, the way King presents it, is probably worse even than a generalized release of genetically-modified organisms into our natural environment, hoping that all will be well.

Despite the fact that time travel is not (a current) option, people are, apparently, writing about it, and there seems to be something of a consensus that the past (or the "universe") would resist attempts to make changes in the past that are intended to achieve a different and better future. This topic was addressed in the Friday, April 13th column by Jon Carroll, who wrote previously about 11/22/63. In this recent column, Carroll references time travel novels written by Connie Willis, which novels also indicate that the universe would resist time travel-based efforts to alter the past so as to modify the future.

Without the need for science fiction, or for the yet unattainable option of time travel, I'd like to point out that the past resists the future right now, as a basic principle underlying the human reality in which we live.

History has a "momentum" created by our past actions, and this momentum carries us forward into the future on a pathway that is most determined by the "past," and not by our immediately "present" actions. I think the nautical metaphor captures this the best, which is why I have already written about how difficult it is to change our course on the "ship of state."

Difficult, but not impossible. The past "resists," but the future is ours to make. We just need to change direction, then "hang on."