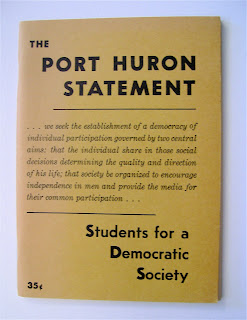 I recommend the Hayden essay in The Nation. Even more, I recommend that we all revisit the idea that we can (I would say "must") create the kind "participatory democracy" called for in the PHS. That brand of democracy is definitely different from what seems to pass for "democracy" today.

"Participatory" means that we need to be engaged ourselves - passionately, personally, and permanently.