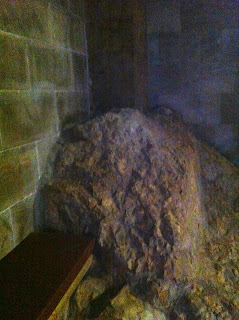 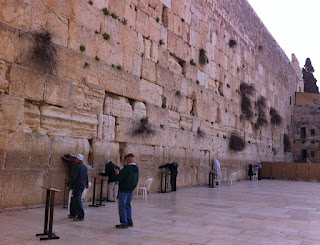 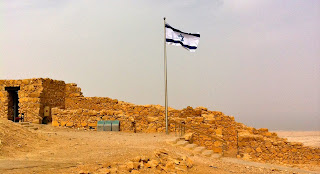 William Faulkner's novel (or play), Requiem For A Nun, contains this famous line:

The past is never dead. It's not even past.


I have recently returned from eleven days in Israel. Faulkner is right. There are few (if any) places in that land where the past can be avoided. And because the past cannot be avoided, it isn't past. It's living still. Pictured are (1) the rock said to be the place where Jesus rested in Gethsemane, upon which a church has been constructed; (2) the Western Wall, and (3) the ruins of Masada. There literally was no place I went where digging into the ground would not uncover a rock of some kind, sacred to somebody.

We do face the same phenomenon (as the quote from Faulkner attests), but the degree to which the past is still alive, here in the United States, is so much less that there is, I think, a genuine difference of "kind." Here, it is at least possible to think we can follow Bob Dylan's advice:

Leave your stepping stones behind,

There’s something that calls for you


Bob Dylan's advice is good advice. As we make the world in which we live, we need to escape the gravity of the past. As the whole world knows, in Israel that's very hard to do.