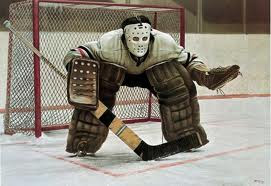 I don't follow sports that much (except to the extent that "politics" can be considered a sport), and I didn't watch this year's Superbowl.

I did find out about the Clint Eastwood advertisement that played during the Superbowl (because it became a "political" issue), and so I posted it on my Facebook page. In the advertisement, Eastwood said, "it's halftime, America, and our second half is about to begin." Many of my Facebook Friends (and lots of people who saw the ad in the original) were inspired by the sentiments, but one Friend put it to me in personal terms: "Has your second half begun?"

Well, to be perfectly frank, on a personal level I am well into the second half. In fact (and I don't know sports), I may be, and we all may be, playing in Sudden Death Overtime.