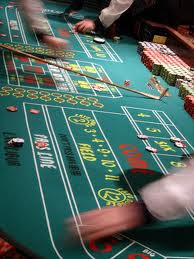 I have taken to reading The Wall Street Journal. Faced with losing all of my (otherwise valueless to me) airline travel points, unless I redeemed them, I arranged for a "free" subscription to my father's newspaper of choice. I remember seeing the WSJ around the house during the period that my father was a businessman. He was the International Vice President for Sales for what would now be called a "Silicon Valley" electronics company.

Frankly, I could never stand to read the thing, back in those days, though I did like the use of pencil drawings of people, instead of pictures, on the WSJ front page. That practice has largely (though not totally) disappeared, now that the paper has become one of the prestigious parts of the Rupert Murdoch media empire.

An article published on Tuesday, January 31, 2012, had this headline: "Moody's Says Bet Was Unexpected." Click on the link to read the content. What struck me was not so much the facts reported, but the quite common phenomenon of calling investments "bets." This is definitely not an unusual usage. Just start reading The Wall Street Journal if you don't believe me. In fact, the use of the word "bet," in the context of describing various aspects of our financial and "business" sector, is not confined to the "financial press."

We seem to be ready to think of our economic system as a crap shoot. I guess, for those who like gambling, that's lots of fun. It's especially fun when you do it with OPM.