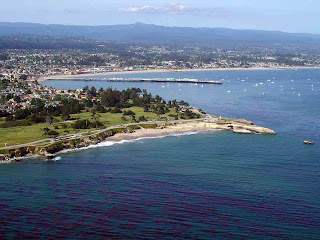 I was an elected official in Santa Cruz County for twenty years, from 1975 to 1995, and my personal involvement in politics was precipitated not by any particular career ambition, but came out of my involvement with a community group in Santa Cruz that had both a specific and a general objective.

Specifically, the Save Lighthouse Point Association wanted to protect and preserve Lighthouse Field as the last open space on the coast in the City of Santa Cruz. This was a controversial issue at the time, and we were ultimately successful. More generally, the Save Lighthouse Point Association wanted to transform our local politics, to make that politics more responsive to what the public actually wanted, as opposed to what our elected representatives were then doing for us (or to us). By and large, that has been a successful effort, too, and that was the effort that led me to my 20-year stint as a member of the Santa Cruz County Board of Supervisors.

During my time on the Board, Santa Cruz County voters adopted a comprehensive growth management program (Measure J), and the Board amended the County General Plan and its Local Coastal Plan several times, always with the objective of protecting farmland and preventing urban sprawl. The County Government also raised money and spent it on the public projects that the public was asking for, notably in creating and implementing a strong redevelopment effort in the Live Oak and Soquel area. The County did not see “redevelopment” as the way to pave over open space and agricultural land, but as a way to direct public investment into the communities where people already lived. It’s a prescription I am still recommending on my weekday Land Use Reports on KUSP Radio.

Here are two conclusions I have come to, after what now amounts to a lifetime of personal involvement in local government: First, we can’t have any genuine self-government unless we are willing to get involved ourselves. There is no shortcut to democracy. If we want to make the world more responsive to our own priorities, we can’t do that by individualistic, private actions. We need to “get it together,” and to act in the public realm. If we are waiting for someone else to do what we want, just because it’s obvious what is “right,” we will be waiting a really long time.

Second, our government won’t be responsive to the public unless there is a spirited public conversation, with debate and disagreement, conflict and controversy. That kind of conversation and debate is healthy and good. Suppressing disagreements and debate is always a step away from the kind of involved participation in government that we need to foster, not reject.

A vigorous and informed press is practically the most important thing going, if we care about the future of our national, state, and above all local government institutions, and about what we can do together if we get involved ourselves!