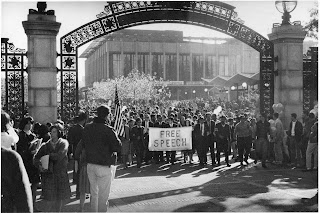 I am not a fan of Debra J. Saunders, who claims to be the "token conservative" on the staff of the San Francisco Chronicle. I did, however, very much appreciate a quotation contained in her column published on Sunday, November 27, 2011.

Throughout our nation's history, Americans have counted on the First Amendment to protect their right to ask their fellow citizens to change their mind.

I like that way of talking about the First Amendment. Admitting the possibility that we, and others, might "change our minds," is the sine qua non of democratic self-government.

First we change our minds. Then we change the world.