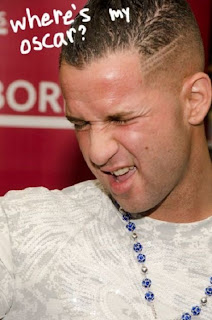 Mick LaSalle writes movie reviews for the San Francisco Chronicle (among other things).

In an article in the Friday, November 25, 2011 edition of the Chronicle, LaSalle noted that "impersonating, not real acting," seems to be winning awards. LaSalle cited various major movies that are essentially biographical, and while agreeing that a number of them are really terrific movies, expressed his qualms that this "indicates a movement away from the imagination."

It strikes me that it is precisely our imagination that permits us to "dream up" the new realities that we subsequently create through our actions, and that this process of imagination/action is in fact the mechanism by which we create our human world.

If there is a "movement away from the imagination," and it is generalized, not just occurring with respect to the movies, that could be serious.