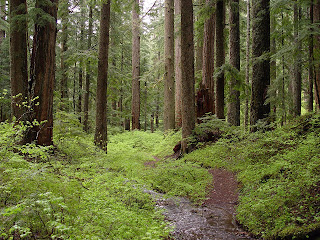 I am not certain that I would necessarily agree with the Stanford Encyclopedia on the nature of the philosophical issues presented. The article concludes with the following statement:

The perspective that biodiversity reflects option and intrinsic values, to be balanced with other values, appears to be compatible with the broader discipline of conservation biology: "the field is rooted in a philosophy of stewardship rather than one of utilitarianism or consumption. The latter has been the basis of traditional resource conservation, that is, conserving resources solely for their economic use and human consumption" (Meffe 2000).

And the question, of course, is "by whom?" By what right do humans claim to be able to "balance" the intrinsic values of the biodiversity inherent in the natural world against other values - values that derive from the human world that we create? The idea that natural resources have a value only for their economic uses, and for human consumption, is repugnant, as the Stanford Encyclopedia suggests. But the "stewardship" concept implies that human beings can ultimately decide what "value" to place on the world of nature, and that its values are always to be evaluated by a human standard. In fact, there isn't much difference between "stewardship" and "resource conservation," if "stewardship" means that human beings do the "balancing," and decide what lives and dies in the world of Nature.

I suggest that we should reevaluate our place in the world. It's not our place to determine what the world of Nature will look like. Within that world, we are creatures, not creators.