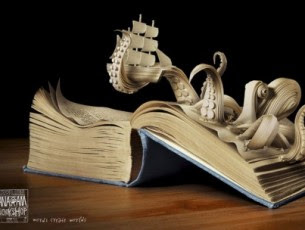 During the summer of 1968, I taught vocabulary to English speaking Chinese students in Macau, a Portuguese colony on the China mainland. All this was through the good offices of Volunteers In Asia. VIA is Dwight Clark's good idea that has become an institution, more or less based at both Stanford University and UC Santa Cruz.

What I found by teaching vocabulary is that words actually "create" the realities they describe or name. Until we can name something, it can't be "used," and particularly in a "social" context, since we can't communicate with other people about a reality unless we can say the word.

Words, in other words, create the world. Our world.