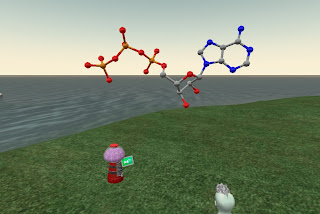 Cleaning up around home, I came upon a "book" I never published, and I see, upon review, that it demonstrates my long time preoccupation with the same themes I am trying to address each day in this Two Worlds / 365 blog. If you would like to see what I was writing about more than twenty years ago, when I was a member of the Santa Cruz County Board of Supervisors, you can check out this never published book, called A New Kind Of Politics. I have provided a link in the sidebar to the blog.

Here is a sample section from that unpublished book:


The “Second Nature” Of The Real World

Human beings, unlike the other living creatures in God’s Kingdom, have been given a gift of ines­timable worth: the gift of freedom, and of independence.

Think about it. Every other species and type of living thing, whether plant or animal, is constrained and restricted as to where and un­der what conditions it can live and grow. In one sense, of course, human beings are limited, too. Like other living things, we need air, and food, and water, and shelter—but unlike all the other creatures on this Earth, human beings can modify and change the environment, the world in which they find themselves.

The deserts of Southern California now support millions of people. They do so because human beings have chosen radically to alter what was there before we came. Giant aqueducts and pumps bring to the Southern California desert the water that makes human life there possible. Vast highway networks bring in the food that allows survival.

These reflections may sound more theological than political. Perhaps they are. But a sound and sustainable politics—in other words, a system of rules that governs our lives together as citizens—needs to be based on a correct understanding of what our place in the world really is. We shouldn’t take for granted the truly extraordinary position in which we find ourselves—and yet we do. The artifacts of our civiliza­tion, which include the physical and institutional arrangements that make our lives possible, have become “second nature” to us. The phrase is an apt one. Almost everything we see around us, and that sustains us, has come to seem “natural.” Yet virtually none of it is. Human beings have in fact created a world that is not natural, but that is a human artifact, a kind of “second nature.”

If you accept that as true—that the world in which we live, and that sustains us, was originated by hu­man action, and that its continued existence depends upon our continued human action to maintain and preserve it—then some very important insights follow, insights that reveal the meaning and purpose of what we call “politics.”

I have one central point to make: The world in which we live, and that makes our continued life possi­ble, is a world that has been largely created by past generations of human beings. That world can be sustained only by continued human activity in this generation. By “human activity,” I mean the joint and cooperative effort of human beings acting together

The illusion that individual human beings can exist in this world simply as individuals is just that—an illusion. The thought that each one of us is individually able to exist, independently of others, is false. That thought misconstrues what our world really is. Our world is largely a human creation, and unless the cooperative, institutional arrangements that are now sus­taining it continue, our world will fall apart, and fail us. The ability of millions of people to live in the Los Angeles Basin absolutely depends on the delivery to them of water, food, and fuel that can be delivered only because of institutional arrangements that involve human beings everywhere in the entire world.

That didn’t used to be true, even two hundred years ago, but human history in the modern age has been the story of the creation of a new world, now “second nature” to us, which has inextricably bound the fate of each one of us to the fate of every other person on this globe. When we see the world in which we live for what it really is—largely a creation of human activity—the much-despised practice of “politics” takes on a different significance.

“Politics” is the system of our living together. It deserves your and my interest and involvement. The question whether and how we will live together—in our own communities, and with other communities and peoples in the world—is the essential “political” question. Such “political” matters are not incidental to your existence, or mine. The world in which we really live, which seems natural to us, is in fact not able to exist on its own. Our world is sustained by and depends upon the involvement and activity of both you and me.