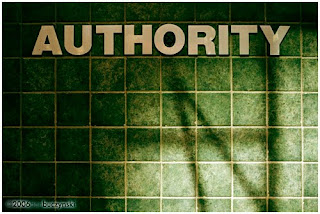 1 the power or right to give orders, make decisions, and enforce obedience : he had absolute authority over his subordinates | positions of authority | they acted under the authority of the UN Security Council | a rebellion against those in authority. See note at jurisdiction .

• [often with infinitive ] the right to act in a specified way, delegated from one person or organization to another : military forces have the legal authority to arrest drug traffickers.

• official permission; sanction : the money was spent without congressional authority.

2 (often authorities) a person or organization having power or control in a particular, typically political or administrative, sphere : the health authorities | the Chicago Transit Authority | the authorities ordered all foreign embassies to close | she wasn't used to dealing with authority.

3 the power to influence others, esp. because of one's commanding manner or one's recognized knowledge about something : he has the natural authority of one who is used to being obeyed | he spoke with authority on the subject.

• the confidence resulting from personal expertise : he hit the ball with authority.

• a person with extensive or specialized knowledge about a subject; an expert : she was an authority on the stock market.

• a book or other source able to supply reliable information or evidence, typically to settle a dispute : the court cited a series of authorities supporting their decision.