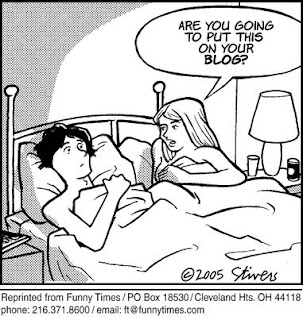 As stated in the sidebar to my blog at gapatton.net, which republishes automatically on Facebook (though it's often much delayed), I am trying to develop a daily discipline of reflecting upon the world in which we live (or more precisely, the "worlds" in which we live, one of those worlds being a world we create ourselves).

I used to debate with my father about whether or not things were "different" now from when he was young. My contention was always that "our times" were different. He said that things were just the same as ever. According to my Dad, things were always this way (always this bad, in other words).

I am, by nature, a catastrophist. I still think things are different now, and worse now than they were when my father was a young man, and that we are likely to see (and maybe even create) some huge and transforming changes (and horrible changes) in the world we inhabit. History really is a story, and all stories have an end, and don't go on forever. And if we're not getting towards the end of the story itself, we must, at the very least, be pushing the end of a chapter.

According to the way I see it, there are realities beyond our control (the world of Nature I call it), even though we like to pretend otherwise. When we persist in disregarding our ultimate dependence upon the natural world (and boy are we doing that!), we put our own world, the human world, in peril.

To my mind, getting out of the box of our obliviousness about our real situation is going to require not only some rather revolutionary actions, but also some rather revolutionary thinking. And time is short. That' s why, when I'm done posting to my blog at gapatton.net, I almost always hit the "Next Blog" arrow at the left hand side of the ribbon across the top. (To do this, of course, you need to be on the "real" blog, and not on Facebook). It's amazing and heartening to find out what a wealth of art, ideas, and communications are available to inspire us.

To keep ourselves going, I think we should probably all be hitting that "Next Blog" button more frequently - and paying attention to what we find!