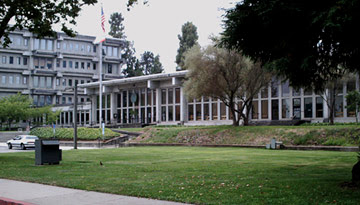 I believe that we can create new realities through democratic self-government. When I was just about to step down from the Santa Cruz County Board of Supervisors, in 1994, twenty years after having been first elected to serve on the Board, I decided to write down some "lessons learned," and I concluded that we should be demanding five simple things of the people we elect to represent us. Here is how I put it:

After twenty years on the Board of Supervisors, I've decided what it takes to do a good job as an elected official. It all comes down to five simple rules:
Rule #1: “Answer Your Mail.” This is just a shorthand way of saying that it's important to listen to the messages that come to you from whatever source and then to respond to them, as honestly and as positively as you can. By following this rule, I always have lots of work to do, and the people who contact me really do get to influence the government.
Rule #2: “Remember You're In Charge.” There is a bureaucratic momentum present in every institution (certainly including government). An elected official needs to remember that he or she was elected to run the bureaucracy not the other way around.
Rule #3: “Remember Who Elected You.” On many of the big issues, there are at least two responsible and reasonable positions,  if not an even greater number. Presumably, if you're an elected official, you were elected because of the positions you took. If you were elected as an environmentalist, be an environmentalist. Do what you said you would do. After all, you got the majority vote. That's why you were elected.
Rule #4: “Go Where You're Invited.” In other words, never be afraid to open up a dialogue and discussion with the people who didn't elect you. You might learn something. This is an antidote to Rule #3.
Rule #5: “Be Honest.” This means more than the minimum requirement of not taking bribes,  though of course that is important. What this Rule means is that you've got to tell people what you really think. That lets them decide whether they like your positions, and whether they like you. That puts the people in charge of politics.
In the end, that's what it's supposed to be all about!
Gary A. Patton, Member
Santa Cruz County Board of Supervisors
November 20, 1994
To Subscribe Just Click This Link
____________________________________________
Image Credit:
https://localwiki.org/santacruz/County_Government_Center