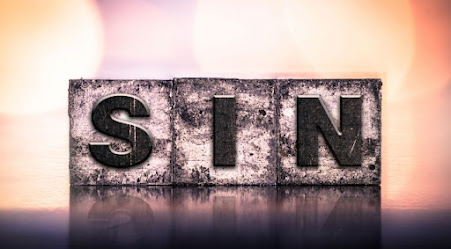 I was in the merchant marine, and learned how long it took to turn a ship. Then I went to Union Theological Seminary in New York City.

My Old Testament professor told me something that made an impression. He said there were lots of different "sins" mentioned in the Old Testament, but that the common denominator is quite clear: It's a "sin" when human beings assert that they have the powers of the Creator, instead of recognizing their role as "creatures." According to the way my professor told it, we are under the authority of the one who created us. We didn't create ourselves, and if we start acting like we did, it's a "sin."

Well, if I'm right about the "Two Worlds" hypothesis, and we live most immediately in a world we create ourselves, then how does that square with what my professor said about "sin?" After all, in our world, we are the creators!

I think I figured it out when I started realizing the truly "sinful" role that plastics play in the world we didn't create: the world of Nature; the world that God created; the world in which we are, indeed, just creatures like all others.

It does turn out that there's a lot of "sin" in synthetics. The most signal characteristic of the world of Nature (the one characteristic we really reject) is the fact that everything alive has to die. In fact, in the world of Nature, birth and death, and death and birth kind of go together. That's the authority we're under, and it's a sin to reject it - if my Old Testament professor is right.

But plastics....never die! That's why there is a garbage patch in the Pacific Ocean the size of Texas, half way between California and Hawaii. A lot of what we do, as we seek to create our own world, is a rejection of the primacy of the world of Nature, and it's my observation that it isn't working out that well.
Image Credit:
https://lifehopeandtruth.com/change/sin/sin-that-leads-to-death/