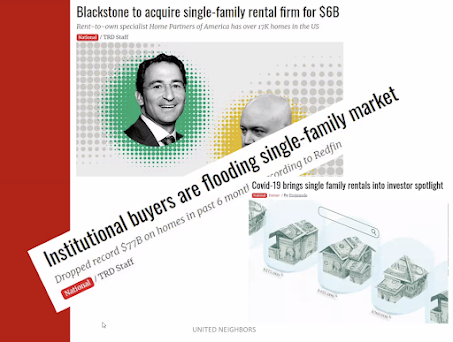 The Los Angeles Times is celebrating the fact that Governor Gavin Newsom has recently signed both SB 9 and SB 10. The Times' editorial is titled this way: "Watch out, NIMBYs. Newsom just dumped single-family zoning."
The Times' headline is a pretty accurate statement of what just happened in Sacramento. No more single-family zoning, period, anywhere in California!
For the information of Santa Cruz County residents, State Senator John Laird and State Assembly Member Mark Stone both voted in favor of SB 9, which directly attacks single-family zoning. They both voted against SB 10. In my opinion, SB 9 is by far the most dangerous and destructive of the two bills, since SB 10 is, quite likely, unconstitutional.
SB 9 is the most recent example of state legislation that is intended to eliminate the ability of local government elected officials (City Council Members and Members of Boards of Supervisors) to make decisions about local land use. Traditionally, local land use decisions are made by local officials. Increasingly, the State Legislature and the Governor are making sure that local officials will not be able to act locally, to determine whether a proposed development is good for their local community. The State Government is now taking over zoning and land use powers. Of course, since the State Legislature can't possibly review individual development proposals, the state has been making blanket rules. Local and neighborhood impacts have become legally irrelevant, thanks to these new state laws.
As an example of what this means, SB 9 gives the owner of virtually any single-family lot the right to divide that single-family lot into two lots, and then to build two residential structures on each of those lots. What was once one home on a single lot can now become four homes on two lots. Maybe, although there is definitely some question about this, additional accessory units can also be constructed on the two lots, leading to the development of six or more residential structures on what was that single-family lot.
SB 10 permits local officials to allow a property owner or developer to develop up to ten residential units on certain properties, at whatever height the local officials determine is appropriate. Local officials do need to make decisions like that by a 2/3 vote. SB 10 also allows local governments to ignore local land use regulations that have been directly adopted by local voters through the initiative process. Because the initiative power comes from the California Constitution, it is quite possible that SB 10 will not survive court challenges.
In addition to limiting, or even eliminating, the ability of locally elected officials to make land use decisions, the state government has also decided that the California Environmental Quality Act (CEQA) should not be used to judge the potential environmental impacts of many proposed development projects.
If you think that elected officials operating out of Sacramento are better equipped to make good decisions about land use than elected officials who have been put into office by local voters, you will be a big fan of SB 9 and SB 10, and the many other, similar, laws that the State Legislature has been enacting. If you think that all those "environmental reviews" that have been required under CEQA are just a time-wasting diversion, you will really be happy!
I am not predicting that everyone will be happy with what the Legislature and the Governor have been doing, particularly as they see the results of what the State Legislature and the Governor have already done. I know I am not alone in thinking that the State has made a fundamental mistake in eliminating the right of local communities to set most of their own rules for land use, as has traditionally been the case. A group called Livable California has already submitted a proposed state initiative measure to the Attorney General, to reverse the state's takeaway of local land use powers. Click this link if you would like to review what Livable California is proposing. In general, the Livable California initiative would return local land use powers to locally-elected officials.
oooOOOooo
But We Need Affordable Housing, Right?
Do we? Yes we do! There is no doubt about it. The problem is this. What the state is doing assumes that "more" housing development means that there will be more "affordable" housing opportunities for those who currently can't afford to rent or buy adequate housing. This is the idea that the "market" will provide the solution to our social and economic problems. If you believe that, you'll be delighted by what Sacramento has done, and is continuing to do.
However, let's take SB 9 as an example, once again. There is NO provision in SB 9 that says that the new housing to be developed (four houses on what was once a single-family lot) will have to be sold or rented to persons who have average or below average incomes. Instead, all the new housing will be "market rate" housing. The actual outcome, in a place like Santa Cruz, is that existing "lower end" housing (old and "tired" housing found in many single-family neighborhoods in Santa Cruz) will now become more valuable (since now that "lower end" and "tired" single-family home can be turned into four new homes). SB 9 provides an economic incentive for owners and purchasers to "upgrade" their properties from that one "tired," and thus lower-cost home to four new market rate units. The net result will be less, not more, affordable housing.
The image at the top of this blog posting comes from an article that points out that "big money" is ready to do exactly what I just described:

The single-family rental business has faced criticism from housing advocates for driving up the costs of homes and pricing local bidders out of the market. A 2016 analysis from the Federal Reserve Bank of Atlanta determined that Wall Street landlords are significantly more likely to file eviction notices than mom-and-pop landlords.

If you think that legislators in Sacramento are working for YOUR best interests, consider the possibility that they may be working on behalf of the monied special interests, instead. Such monied interests might not be able to beat out concerned neighbors, at a local level, but they will almost always prevail at the state and national level, where ordinary people can't possibly out lobby them.
Are you happy that the state government is usurping local control? Do you really believe in "trickle down housing?" I don't think "NIMBYs" are the reason that ordinary income people can't afford housing in my community. I believe that our problems stem from the massive wealth inequality that is perpetuated by the giant financial corporations that control our government, and that those big money interests have just outflanked governments that might - in many cases - have actually been able to act in the interest of those ordinary people who are being priced out of our local communities.
Was the enactment of SB 9 and SB 10 really a victory for those who want more affordable housing? I have already written a blog posting about this topic. Click the following link if you would like to revisit what I have had to say about what's really going on - and suggests that we need a "Marshall Plan" for housing, not a "Market Plan!"
Things will get worse, not better for lower income persons seeking housing. 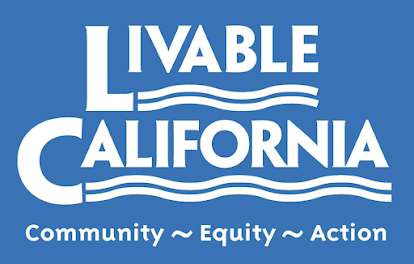