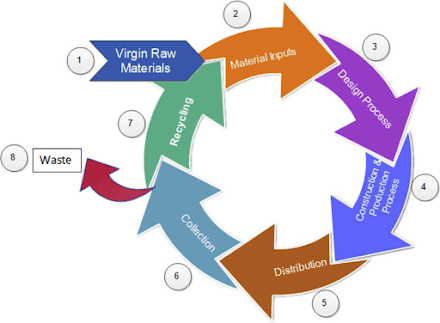 The January-February issue of Sierra, the national magazine of the Sierra Club, headlined one of its articles as follows: "Will The Circular Economy Save The Planet?" The "Circular Economy," as illustrated in the diagram above, is intended to reduce waste (thus, presumably, reducing environmental impacts).
Elizabeth L. Cline, who wrote the article, doesn't think much of the whole idea. She particularly spotlights Cradle to Cradle: Remaking the Way We Make Things, a 2002 book that introduced the idea that our manufacturing economy can be made to "imitate nature's highly effective cradle-to-cradle system of nutrient flow and metabolism, in which the very concept of waste does not exist."
Great idea, Cline agrees, but the fact is that this is not what has happened, or is ever likely to happen. She wraps up her discussion as follows:

The notion that we can go on making as much as we want as long as we reuse it all is a myth that we'll have to leave behind if we ever want to realize the dream of a circular economy. "We're already past the carrying capacity of the planet.... "Unless we repair something without also buying something new—unless we buy a used coat and don't also buy a new one—we are still perpetuating the same system. We'll just have two different marketplaces, and we'll be buying from both."

The "Circular Economy," as it has been implemented, proposes that we can continue to consume at current and increased levels, without causing resource depletion and death-dealing pollution (including the emission of greenhouse gasses to the atmosphere). The fact is, that isn't possible.
Less, always less. That is the actual solution, not a proposed solution that indicates that we don't have to change our consuming ways. As Gandhi said:
Live Simply So Others May Simply Live 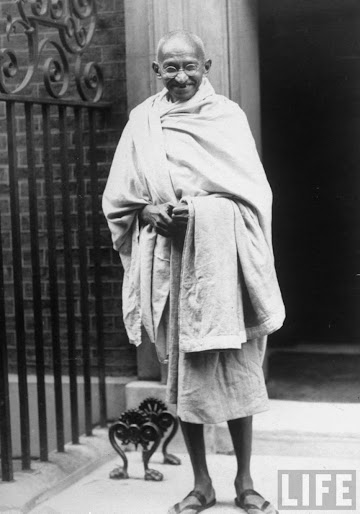