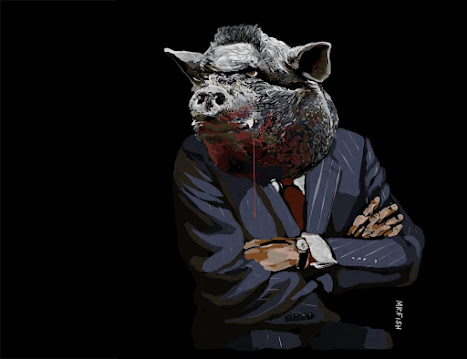 Chris Hedges is a Pulitzer Prize-winning journalist. He is also a Presbyterian minister. He also writes for Consortium News. In an article in Consortium News titled, "The Age of Social Murder," Hedges recounts a filmed interview with Filip Müller, a Czech Jew who survived the liquidations in Auschwitz as a member of the “special detail.”

“One day in 1943 when I was already in Crematorium 5, a train from Bialystok arrived. A prisoner on the ‘special detail’ saw a woman in the ‘undressing room’ who was the wife of a friend of his. He came right out and told her: ‘You are going to be exterminated. In three hours, you’ll be ashes.’ The woman believed him because she knew him. She ran all over and warned to the other women. ‘We’re going to be killed. We’re going to be gassed.’ Mothers carrying their children on their shoulders didn’t want to hear that.
They decided the woman was crazy. They chased her away. So, she went to the men. To no avail. Not that they didn’t believe her. They’d heard rumors in the Bialystok ghetto, or in Grodno, and elsewhere. But who wanted to hear that? When she saw that no one would listen, she scratched her whole face. Out of despair. In shock. And she started to scream.”

Hedges' article is like that woman's screams.
What continuing global warming is bringing to the world is horrific - and the word is out, just as the word was out in Crematorium 5. As in Müller's account, warnings seem unavailing, and Hedges' article captures the horror of this. It is well worth reading.
May I suggest, though, that "screaming" is not what we need right now. We need to remember what a Presbyterian minister might recall from Matthew 16:25. Those who wish to save their lives must "lose" them. That means that we, who wish to live, must be willing to give up our current lives and occupations, which are all bent in the direction of destruction. This is what Hedges warns - and he is right.
But screaming will not do it.
We need to act. We need to change virtually everything about the way we live.
Image Credit:
https://consortiumnews.com/2021/03/03/chris-hedges-the-age-of-social-murder/