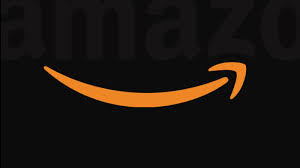 Gizmodo is a design, technology, science, and science fiction website that claims to "come from the future." Speaking more from the present, I think, Gizmodo has suggested that the trademark used by Amazon.com, and shown above, is actually a depiction of a penis. "All the better to screw you with, my dear," I suppose Gizmodo might be thinking. Or, maybe that is what Amazon workers are thinking, because, as you have probably heard, Amazon is now involved in what one knowledgeable observer says is "the biggest fight over unionization in American history."
Here is how Heather Cox Richardson presents the issue in a recent edition of her "Letters From An American."

Workers at an Amazon plant in Bessemer, Alabama, are voting on whether to unionize. Amazon opposes the move, which, since Amazon employs more than 400,000 warehouse and delivery workers, is shaping up to be the biggest fight over unionization in American history. The company warns that unionization might increase costs and slow growth, and it has flooded its workers with mandatory anti-union meetings and anti-union literature—even posting signs in bathroom stalls. While workers have complained about working conditions and mandatory overtime, the company points out that it offers Bessemer workers benefits and a starting pay of $15.30 an hour, while the federal minimum wage remains pegged at $7.25 (emphasis added).

Jeff Bezos, who founded Amazon.com, is now the wealthiest person in the world. Knowing this, and being concerned about the massive income and wealth inequality that is hollowing out local communities all around this country (not to mention all around the world), I couldn't help but think that it would be a good thing to divert what otherwise might be profits for Bezos into the pockets of the hardworking people who tax their bodies, every day, to make sure those profits keep flowing.
Nobody likes to pay more for anything, of course, but considering that income and wealth inequality constitute a massive problem that we must address, I also found myself thinking that "increasing costs" to consumers wouldn't actually be all that bad. After all, increasing costs to consumers, and using the monies so generated to achieve positive economic and social goals, is the principle that underlies that "doughnut" economic theory I wrote about not so long ago.
Giving Amazon workers a raise, and establishing a $15 per hour national minimum wage, which is what the Biden Administration is trying to do, would undoubtedly "raise costs" for those who buy things. Again, no one likes to pay more for the things they buy, but if we really want to reduce income and wealth inequality - and the future of democracy in the United States may well depend on our ability to do that - we need to find ways to divert money from those who have the most, and to direct that money to those who have a lot less.
The most straightforward way to redistribute wealth, of course, and to provide for a more equitable division of resources, would be for the government to tax those who have a lot of money, and then to use that money to benefit the majority of the people, most of whom will have less. Providing everyone with health care, child care, and a free college education, for instance, could make a big difference to those who don't now have the money to provide those things for themselves.
Politically, we haven't really seen much success with this direct approach to the income and wealth inequality problem, but "indirect" routes can also work. If ordinary working people are paid more, then their incomes will go up. Those who already have more money will have to pay more for the goods they buy, and might even consume less, something that would probably have some rather positive environmental benefits. Raising wages for workers is a more "indirect" way to help reduce income and wealth inequality, but it can make a significant difference. Plus, these two different approaches - the "direct" and the "indirect" approach to dealing with income and wealth inequality - are not mutually exclusive.
It is generally understood that the massive income and wealth inequality that now characterizes our society is significantly related to the fact that unions have lost power over the last forty to fifty years. Unions used to get a "better deal" for workers, and by getting that better deal helped maintain a strong and economically healthy middle class. Now, not nearly so much. The Amazon workers who are trying to unionize want to reverse that trend.
We are all benefited if our society and economy provide adequate support for everyone - and including specifically if everyone has access to the necessities of life, like food, clothing, housing, health care, and education. Aggressive government programs that redirect the immense wealth of the nation into a more equitable distribution is a goal that must be pursued. Let's not forget, though, how much can be done by workers themselves when our system supports union efforts to improve wages and working conditions.
Bezos, the billionaire, tells us that he can't pay his workers more, or our individual "costs" will go up. He is appealing to that "selfish gene," found in each one of us - that selfish instinct that makes us want to maximize our own individual position. If we are not just a bunch of individuals, though, but are actually "all in this together," then you, I, and the other non-billionaires need to pay a little bit more, and maybe consume a little bit less, so we can pay workers more and hold our society and economy together.
I was delighted to get the word about the unionization efforts underway at Amazon.com, and when I discovered that Bezos was threatening to raise our individual "costs" as part of his effort to undercut the unionization drive, I immediately realized that he was trying to scare us, and to make us worry about what might happen to us, individually, if Amazon has to pay its workers more. History student that I am, I thought right away about Woody Guthrie and his song about the "Union Maid."
This is good advice for all of us, including both those who work at Amazon.com and those who don't:
You can't scare me, I'm sticking to the union!
Image Credits:
https://knowtechie.com/thanks-to-gizmodo-i-am-now-convinced-amazons-logo-is-a-penis/