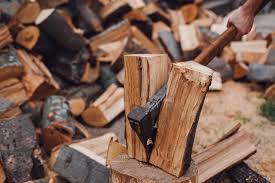 On November 4, 2020, the day after our most recent presidential election, The Wall Street Journal ran a column by Andrew Hartz, "A Diagnosis for American Polarization." Hartz is a psychotherapist in private practice in New York City. His column suggested that "splitting," a defense mechanism with which psychotherapists are presumably familiar, is what has caused the intense polarization that is in increasing evidence in our national, state, and local politics.
"Splitting," according to Hartz, may be described as follows:

A defense mechanism by which people unconsciously frame ideas, individuals or groups of people in all-or-nothing terms—for example, all good or all bad. The term was popularized in its current usage by the psychoanalyst Melanie Klein in the 1930s and ’40s. Its name describes how intolerable thoughts and feelings are split off from the subject’s awareness, leading to a partial view of the world. To see our opponents as pure evil, we have to split off the parts of them that are admirable. To see ourselves as purely righteous, we have to split off our shortcomings.

At the root of this process is distress over contradictions. It can be painful to think that the people we idealize are flawed and the people we loathe have virtues. By pushing these conflicts out of awareness, splitting reduces anxiety and makes the world appear more coherent—in the short term. It also severely distorts reality, making it hard to develop solutions to problems, which often grow worse as a result. Splitting can warp identity, morality, memories and desires. It makes conversation difficult, impairs relationships and can even lead to mental illness.

Splitting was theorized by Klein to be an entirely unconscious process, so people don’t realize they’re doing it, or why. They’re unaware of the uncomfortable mix of emotions that arose, the anxiety that drove them to split, or their inability to tolerate nuance.

How can we overcome splitting? In psychoanalysis, they say “interpret the defense before the content.” This means it is more effective to talk about splitting and how it works before shifting the dialogue to the pros and cons. Until we address the process of splitting itself, contrary evidence rarely penetrates.

I don't think there is any doubt that President Trump has adeptly speeded up this "splitting" process within our nation. However, the "cure" has to come from our individual refusal to "split" from those with different political views - no matter what the president says or does, and no matter what those on the other side of the political spectrum say or do. As Hartz suggests, we might best start with acknowleding the process and problem. Let's start admitting to ourselves that we are, in fact, quite capable of seeing those on the other side of political issues as evil, suppressing our knowledge that they all - even our president - have some "admirable qualities," and that in this sense they are not much different from ourselves.

If we can do that, we can move on from there. That, at least, is Hartz' advice.

Seems like good advice to me. It's worth a shot, at the very least!
Image Credit:
https://www.awesomeaxes.com/how-to-split-wood/