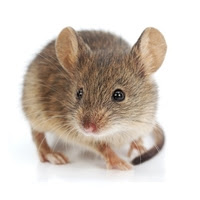 Rachel Kippen, a Santa Cruz County ocean educator and sustainability advocate, writes a periodic column in my local newspaper, the Santa Cruz Sentinel. On Sunday, October 4, 2020, I thought Kippen's column was particularly entertaining. Exploring our relationship with the animal world, she described the joy she felt as she engaged in a playful game with an imprisoned African Penguin, the encounter demonstrating, to her mind, that the penguin and she had lots in common.
I recommend the column in its entirety, but it was the following statement that drew my attention:

Mice and humans share upward of 97.5% of their working DNA, and, according to multiple 2014 publications in the science journal Nature, “the systems that are used to control gene activity have many similarities in mice and humans, and have been conserved, or continued, through evolutionary time.”

It is not just mice, of course, with whom we share a genetic inheritance. We are "related," down to the genetic level, to every living thing on Earth - including trees.
Kippen's column prompted two thoughts:
What is most important, in almost every case, as we contemplate the world and our own place in it, is not our differences, but our commonalities.
As Rachel's column shows, we are all connected; we are in this together, and only as we awaken to this recognition, and act accordingly, are we likely to survive.
Image Credit:
https://www.economyexterminators.com/pest/house-mice/