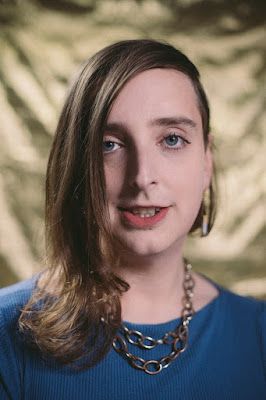 Vicky Osterweil, pictured above, is advancing a controversial thesis. She contends that looting is not, really, all that bad. In fact, Osterweil thinks it is a positive thing, and she outlines this thesis in her recent book, In Defense of Looting.

To find out how Osterweil justifies looting, you could, of course, buy a copy of her book. Before you do that, you might want to read a conversation between Osterweil and Issac Chotiner, published in The New Yorker magazine. By reading that article, you could save yourself some money.*

Chotiner'a article, published by The New Yorker online on September 3, 2020, is titled, "Examining Vicky Osterweil’s Case for Looting." Just click that link to be directed to the Chotiner-Osterweil conversation. The New Yorker article seems to give a pretty good overview of Osterweil's argument. Osterweil says, for instance:

I instinctively reject looting. I don't like it. I do find it threatening. I don't think it's "right." All the more reason, then, for me to listen to what Osterweil has to say. Osterweil's analysis can help inform our understanding of looting, and if we force ourselves to think about looting, and try to understand it, that is both important and worthwhile.

But "understanding" something, and "defending" it, are not quite the same. It may well be appropriate to think about what Osterweil says, but that is not a claim that her points are valid. The article by Matt Taibbi, referenced earlier, definitely presents the "other side."

On Tuesday, June 20, 2020, I wrote a blog post titled, "Ending The War." It was prompted by the civil disturbances then occurring in connection with the protests that immediately followed the callous killing of George Floyd. I included a video of Kimberly Jones, talking about looting.

I invite you to click that link and to listen to Kimberly Jones. Jones is a Black woman, speaking with passionate anger. When she talks about looting, as she does near the end of the video clip, she speaks out of that anger, and not in the cold and anlytical style of Osterweil. To my mind, this makes Jones' comments more worthy of attention than what Osterweil has to say, and I actually think that Kimberly Jones ended her angry justification of looting by showing us a way forward.

Let's try to understand - really understand - what's going on. Listen to Kimberly Jones, and think about this picture, taken from my June 20, 2020, blog post. I think it points us in the right direction: 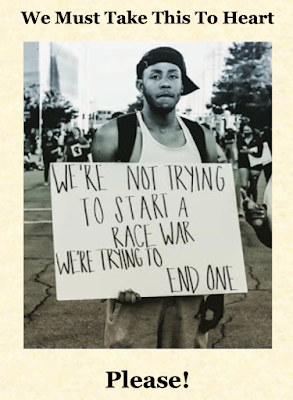