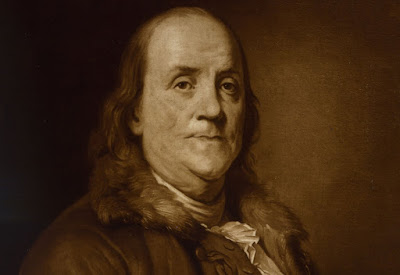 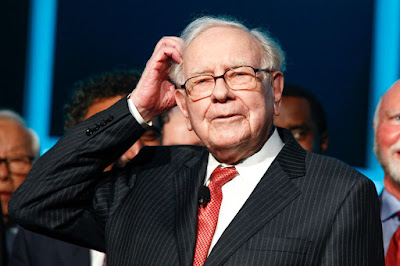 Warren Buffett, pictured immediately below Benjamin Franklin, was featured in a relatively recent Wall Street Journal article. The article identified Buffett as "one of the most successful investors of all time." The point of the article is that Buffett's investing success has been premised upon his practice of maintaining his investments over time. Money grows! That's the point upon which Buffett has made his billions.

Upon reading the article about Buffett, which I found quite interesting, I immediately thought of Benjamin Franklin, who is alleged to have said, "a penny saved is a penny earned." This is certainly wise counsel, but Buffett's investment strategy suggests that Franklin's investment expectations were way too low.

Sure, it's better to save than to expend, but if you end up with the same penny, years after you've saved it, all you have really done is to defer the expenditure. In other words, all you have done is to have delayed whatever benefit the expenditure of that penny might bring. In the worst case, of course, you will have missed that benefit entirely, if you happen to die before recovering that penny from the bank, or from wherever you have squirreled it away, and finally spending it.

I was pleased, therefore, when seeking out a verification of the Franklin statement, to find that Franklin never actually said, "a penny saved is a penny earned." That, at least, is the claim of The Franklin Institute.

According to the Institute, Franklin's actual statement, made in the 1737 edition of Poor Richard's Almanack, is as follows:

Ben Franklin, in other words was propounding the same advice as Warren Buffett, and he was doing that some forty years before the American Revolution. Save those pennies, he said, and double your money.