#247 / Taking Responsibility For The Declaration 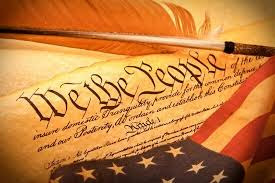 On July 21, 2020, The New York Times gave pride of place on its Opinion Page to a column by Roger Cohen, who wrote on "The Tenacity of the Franco-American Ideal." Both France and the United States, Cohen argues, see themselves as "an idea, a model of some kind for the rest of the world." Cohen calls this an "immodest but tenacious notion," and says that "no other countries make such claims for the universality of their virtue." Cohen then goes on to observe that, "these are now unfashionable ideas, having their roots in the white patriarchal societies of the late 18th century."

The ideas of the white patriarchy are under justifiable scrutiny these days, in the United States, in France, and eveywhere else. Beware, however, says Cohen, of "overcorrecting." Maybe neither the citizens of France, nor the citizens of the United States, should quickly dismiss the idea that there is something important in our national histories, something that must not be lost.

Cohen identifies the founding documents of the two nations as the sources of the idea that France and the United States have some special message to impart to the world:

In France, the Declaration of the Rights of Man and of the Citizen, adopted in 1789 as the expression of the ideals of the French Revolution, states in its first article: “Men are born and remain free and equal in rights.” The declaration defines these natural rights as “liberty, property, security, and resistance against oppression,” and says that liberty “consists of doing anything which does not harm others.”

Thirteen years earlier, in its Declaration of Independence, the United States set out certain “self-evident” truths: “that all men are created equal, that they are endowed by their Creator with certain unalienable Rights, that among these are Life, Liberty and the pursuit of Happiness.” The right to govern stemmed “from the consent of the governed.” Over the ensuing 15 years, these ideas were enshrined in the United States Constitution and Bill of Rights.

The stirring words of our Declaration of Independence were penned by a white slave owner. Writing them down didn't change his behavior, either. Cohen pointedly makes this clear. But we all ought to be aware that words should be judged on their own merit, and not by their source. This is one of the basic principles that undergirds our long time commitment to "free speech." Everyone has the right to speak, and the words spoken should be judged by what they say, and not by who said them.

Is anyone really prepared to argue that we should discard the position that "all persons are created equal," just because the person who first wrote that sentence didn't seem to understand or care about the implications of what he said? Instead of thinking of the United States as "the land of the free and the home of the brave," as our national anthem proclaims, should we all just admit that we really live in the "home of the hypocrites?"

The United States has not lived up to the words that Jefferson, the slave holder, wrote down 244 years ago. Should we now decide that they have no claim upon us, and that we should simply forget about what The Declaration of Independence says? Should French citizens simply discard the proud pretention outlined in the Rights of Man and of the Citizen?

I am with Cohen on his caution that we should not "overcorrect," and I would like to suggest that we need better to understand the right way to react to the words of the Declaration of Independence, given that it was writtten by a slaveholder, and given that after 244 years of history we, as a nation, have not yet achieved what it both commands and promises.

Let's revisit the very first part of Cohen's editorial statement, as I have summarized it in this blog posting:

Both France and the United States, Cohen argues, see themselves as "an idea, a model of some kind for the rest of the world." Cohen calls this an "immodest but tenacious notion," and says that "no other countries make such claims for the universality of their virtue (emphasis added)."

I think Cohen is right on target in saying that our nation has made a commitment to "an idea," that in fact our nation "is" an idea, and that this idea is enshrined in The Declaration. But "an idea" and "conduct" are two very different things. Individual persons and "countries" are different, too. To the degree that our nation seeks to claim some special virtue, because of the "idea" proclaimed at its founding, that claim to national distinction is rightly rejected, at home, abroad, and everywhere. It is a massive and illegitimate overstatement and overreach.

In the Vietnam War, the United States military killed over one million Vietnamese. We are killing Afghan peasants today, and others, with cool, calculating drone strikes that avoid danger to the Americans who are doing the killing. This was, incidentally, not true in Vietnam. In the Vietnam War, U.S. soldiers died in great numbers as they inflicted even greater death on the Vietnamese. Such wonderful technological advances we have made!

"Ideas" are the property of individual people, not "countries." I, as one individual, am not going to give up on the idea that "all persons are created equal," which I consider to be a sacred commandment and commitment. But I am not going to claim that our "nation" is good, or better than any other nation, just because this "idea" was contained in The Declaration, and was spoken at the very moment that our nation was being born.

To my mind, each one of us who understands and venerates the revolutionary message that all persons are created equal must take individual responsibility for the implications of what that "idea" requires. It does require more than "individual" action. It also requires "national" action.

As individuals, dedicated to a democratic ideal, we must never forget, this is "our" nation, and that the proclamation contained in The Declaration, was made by "We, the people."

"We," as individual citizens, bear the responsibility for achieving what The Declaration of Independence proclaims. It is not the "government" that has this obligation and responsibility. It is our responsibility, and "We, the people" can and must make our government achieve what the Declaration has both commanded and inspired us to do. It is our time, now, to transform the world as it is, and to make real that "idea" that is, indeed, a special mark upon us and that is, and we know this, an inspiration to the entire world.

We know "what" we must do. And I think we know "when," too. As I have quoted George Fox on several occasions: "We have no time but this present."

"All persons are created equal." That is the inspiring idea from the pen of a white slaveholder that must continue to inspire us. To realize this commandment and commitment is our responsibility, each one of us alive today. We know "what," and we know "when."

But "how" will we do it? That is what we need to figure out. We need to try, and keep trying, until we succeed. We can't quit until we do. It is our obligation, individually and collectively, to "make it so."


NOW is the time!