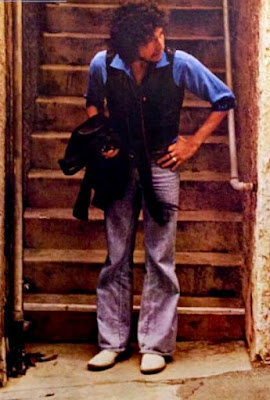 Is this a prophecy? A prediction? An expectation? Or is this just a fond, but foolish, wish?


Dylan is telling us, "Peace will come." But who really believes that? It sounds pretty good in the song! I love the song! But nobody believes it, right? How, on Earth, will peace appear? Where will it come from? When can we expect that "Changing of the Guards?"

There's another great Dylan song that provides some sort of an answer, Up To Me:

If I’d thought about it I never would’ve done it,
I guess I would’ve let it slide
If I’d lived my life by what others were thinkin,’
The heart inside me would’ve died
I was just too stubborn to ever be governed
By enforced insanity
Someone had to reach for the risin’ star,
I guess it was up to me

In all the conflicts, all over the world, and in the race war here at home, in political battles and all struggles for supremacy, peace will come from us, not to us.

It is going to be up to each one of us. It's time to declare peace.