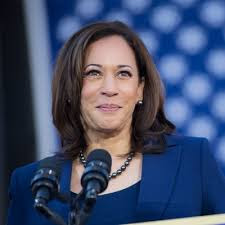 Whatever else you think of Kamala Harris, it’s pretty amazing and awesome that immigrants can come to the U.S., meet, marry, have a child, and their daughter can grow up to be DA, state attorney general, U.S. senator, and on a presidential ticket. There are a few other countries in the world where you can arrive on our shores and your children can rise to the very top, but not many.

The quote above, from National Review, was published on the day that Joe Biden announced that Kamala Harris was his pick to be his Vice Presidential running mate. This statement is more about the United States than about Kamala Harris, and it comes from a source that is not friendly to the politics of the Democratic Party.

As we "critique the nation," and let's not stop, we do need to remember what Joe Biden has often said during his current campaign: "This is America." The "long version" of this shorthand statement is that we can, as we have demonstrated in the past, do great things. That observation is consistent with what National Review is also saying.

We need to make significant, truly revolutionary changes to what has come before.

But to accomplish great things, we need to act together.

Let's hope we are on the road to that!