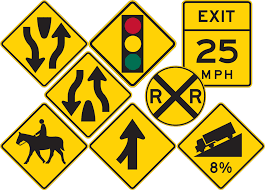 I am reproducing, below, fifteen signs of authoritarianism, as compiled by Ann McFeatters, a Tribune News Service columnist. I read McFeatters' column in the San Jose Mercury News on Friday, July 24, 2020, under the following title: "Signs of authoritarianism can be seen all over U.S." If you click the link above, you will find yourself reading the column under a different title, on the website of the Bozeman Daily Chronicle. However, since I am pretty much reproducing the entire column right here, you don't actually need to make that extra click at all.

As you read McFeatters' listing, I bet you will agree with McFeatters [CHECK] that we are exhibiting all the signs of authoritarianism that she has enumerated so conveniently. Yep! Authoritarianism seems to be alive and well, right here in the good old U.S.A. This should be a matter of concern.

WATCH OUT FOR AUTHORITARIAN PRACTICES!

Warning signs are NOT indended to state what is "inevitable," or even what actually "exists." Particularly if you pay attention to the signs (but even if you don't), you will not inevitably careen out of control on the upcoming hill; you will not, necessarily, get hit by a freight train; you will not, quite likely, collide with a horse and rider on the road.

I make this (obvious) point because lists like McFeatters' (I have seen other, similar lists) lead many people to decide that what is being "warned about" is somehow a "reality" from which we cannot escape. One conclusion, when you read McFeatters' list, is that the United States has become and that we now "are," an authoritarian society. I see lots of social media postings along that line.

That is the wrong conclusion to draw from what McFeatters has written. To come to that conclusion is to succumb to a fallacy I have written about before (and probably more than once). We tend to think that what we "see" defines the "real," so that the phenomena we know "exist" are part of a "reality" to which we must, often regrettably, genuflect and submit. Those who have not read my argument that we have been confusing two different "worlds" if we decide that what "exists" in our "human world" is, in some way, "real" and "inevitable," are referred to my "Worldview 101" blog posting.

The United States is not, and will not become, an "authoritarian" society unless Americans permit and tolerate the kind of authoritarian practices documented by McFeatters. This is true even if our current president is reelected in November. All the "signs" of authoritarianism that McFeatters identifies are "warning signs," and they are not like some documented conclusion of a scientific experiment that proves an inevitable scientific truth, like the fact that water is made up of two hydrogen atoms, and one atom of oxygen.

Look sharp, citizens! If we see the signs, we need to take action to change our behavior. The "signs" of authoritarianism that McFeatters has brought to our attention are a warning about one (and only one) possibility. Let's take her column for what it is, a serious warning sign about a real possibility, not the documentation of an inescapable reality.

As is always the case in the human world, the realities we inhabit are the result of our own actions, and nothing is impossible, neither our dreams nor our nightmares.

I am hoping that we are not going to let our democratic self-government be smashed in a train wreck, or that we will lose democracy on the next steep incline.

WASHINGTON — You probably are asking yourself, about now, “What are 15 signs my country is sliding into authoritarianism?”

1. The president refuses to commit to abiding by how Americans vote in the November election until he sees what happens. Check. Donald Trump in a Fox News interview would not say he will be bound by voters’ wishes.

2. Soldiers in unmarked uniforms and no identifying insignia swoop in as the president’s personal militia to arrest peacefully protesting pedestrians in the middle of the night, throw them into unmarked vans and streak away. Check. (Happening in Portland, Oregon, and Trump promises it will happen in other cities. Trump is of German descent but apparently never heard about the feared secret police and the Gestapo.)

3. People are denied the right to vote until they pay all costs any courts say they owe, whether or not they are allowed to dispute them. Check. Happening in Florida.

4. Data about a pandemic are hidden from the public so that the president can control who sees such information as the number of available hospital beds. Check. Trump ordered that the Centers for Disease Control and Prevention no longer gets the data, hence the public can’t see it.

5. The president is recognized around the world as someone who does not keep his word, acts capriciously and does not tell the truth. Check. Leaders of other democracies will no longer deal with Trump. Multiple organizations have clocked Trump at telling more than 20,000 lies or misstatements in 3 1/2 years.

7. The president seeks to divert spending on public health in favor of public monuments, such as a new FBI building. Check. Trump is fighting the most conservative Republicans as he tries to cut funding for fighting COVID-19.

8. Children are separated from parents and imprisoned without adequate medical attention or basic compassion. Check. Thousands may never see their parents again, and hundreds still languish in COVID-19-infested camps.

9. Borders are sealed, and people are not permitted in or out. Check. Even before COVID-19 struck, Trump enacted bans on people coming and going, including scientists considered vital to American research.

10. Racism and sexism are openly encouraged and fostered by the leader. Check. Trump is stressing division and racial anger as he campaigns for reelection.

11. The public display of evil symbols is enthusiastically endorsed. Check. Trump says Confederate battle flags, which were carried by traitors to the U.S., should fly when supported by white supremacists because it’s free speech, although he says protesters do not have the same right to protest racism. Would he say the same about Nazi swastikas over a public building in the U.S.?

12. Enemies are punished and friends are rewarded. Check. Trump’s lawyer Michael Cohen is in jail not just for doing Trump’s bidding but for telling Congress and law enforcement about it. Roger Stone was convicted of felony offenses by a jury and is free because he lied to Congress and the FBI to benefit Trump.

13. Millions of people are declared non-persons. Check. Trump has ordered that more than 11 million undocumented people not be counted when congressional district lines are redrawn even if they have been in the U.S. for decades. This hurts cities or states with large immigrant populations because they won’t be federally compensated fairly and such districts will get less voting representation.

14. Science is routinely denied. Check. A thousand people die every day because the lessons of science and history were ignored and months passed with no national planned response to the novel coronavirus even as Trump demanded schools be opened this fall or lose federal funding.

15. The power of the presidency is used for personal gain. Check. Foreign diplomats curry favor by enriching Trump’s hotels and golf courses. Large campaign donations are given and rewarded by White House endorsement of commercial products. Trump tried to get the British Open held at his golf resort in Scotland and then fired the nonpartisan inspector general who wrote a report about it and had the report marked classified.

But you be the judge. In November.