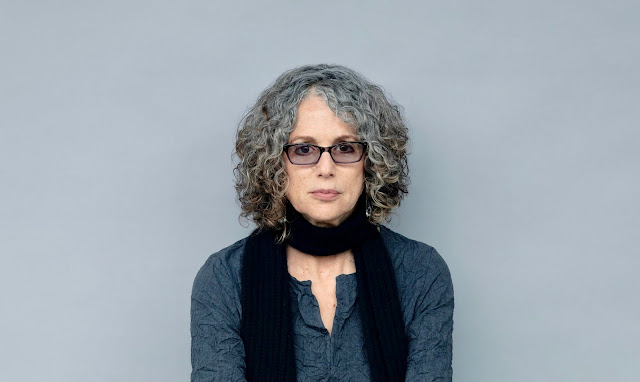 Pictured is Robin DiAngelo, who has written a book called, White Fragility. DiAngelo is an education professor at the University of Washington and a diversity consultant. Until I read about her in The New York Times Magazine on July 19, 2020, I had never heard of DiAngelo, her book, or her theory. Here is a link to the article in The Times, written by Daniel Bergner. I think it is important to hear what DiAngelo has to say. Bergner's article provides a commentary that is supportive of DiAngelo and her ideas, but critical, too, insofar as it asks whether or not what DiAngelo is doing actually advances the goal of racial equality.

Since I know that The Times has a paywall that might block some who would be interested in reading about DiAngelo, and in getting some idea about her perspective on race relations, here is another link. This link will take you to a PDF file that will provide you with the meat of the article, although some of the pictures are missing. No paywall to protect this PDF!

Ross Douthat, also writing in The Times on July 19, 2020, critiques DiAngelo, suggesting in his column, "The Real White Fragility," that one consequence of following DiAngelo is to make it even easier than it now is to maintain white supremacy. Readers who want to get into the debate and discussion should probably put that article on their reading list, too.

The Atlantic has run a critique of DiAngelo's book by John McWhorter. McWhorter, who is Black, is an associate professor of English and comparative literature at Columbia University, and is the author of a number of books on language and race relations. McWhorter's article is titled, "The Dehumanizing Condescension of White Fragility."

DiAngelo makes big bucks as a consultant to corporations and governmental entities, as well as doing a booming business speaking to the general public. Her message drives home to white people that "white privilege" and "white supremacy" is real, and helps to make clear the racism that is buried deep within almost every white person. To face that fact, which we must, is extremely painful, and the fact that it is so painful makes white people defensive. That is what leads to the "white fragility" that DiAngelo is writing and speaking about. As explained in The Times' article:

DiAngelo ... first [defined] “white fragility” in an academic article in 2011: the propensity of white people to fend off suggestions of racism, whether by absurd denials (“I don’t see color”) or by overly emotional displays of defensiveness or solidarity.

Frank Dobbin, a Harvard sociology professor, has published research on attempts, over three decades, to combat bias in over 800 U.S. companies, including a 2016 study with Alexandra Kalev in The Harvard Business Review. (As far back as the early ’60s, he recounts in his book “Inventing Equal Opportunity,” Western Electric, responding to a Kennedy-administration initiative to enhance equity, presented lectures by Kenneth Clark and James Baldwin to company managers.) Dobbin’s research shows that the numbers of women or people of color in management do not increase with most anti-bias education. “There just isn’t much evidence that you can do anything to change either explicit or implicit bias in a half-day session,” Dobbin warns. “Stereotypes are too ingrained.”

When we first talked, and I described DiAngelo’s approach, he said, “I certainly agree with what she’s saying” about our white-supremacist society. But he noted that new research that he’s revising for publication suggests that anti-bias training can backfire, with adverse effects especially on Black people, perhaps, he speculated, because training, whether consciously or subconsciously, “activates stereotypes.” When we spoke again in June, he emphasized an additional finding from his data: the likelihood of backlash “if people feel that they’re being forced to go to diversity training to conform with social norms or laws.”

McWhorter has a similar critique, though he expresses himself, as a Black man, a little bit differently, and even bitterly, as he ponders the idea that a white person should be considered the "expert" in this area:

In 2020—as opposed to 1920—I neither need nor want anyone to muse on how whiteness privileges them over me. Nor do I need wider society to undergo teachings in how to be exquisitely sensitive about my feelings. I see no connection between DiAngelo’s brand of reeducation and vigorous, constructive activism in the real world on issues of import to the Black community. And I cannot imagine that any Black readers could willingly submit themselves to DiAngelo’s ideas while considering themselves adults of ordinary self-regard and strength. Few books about race have more openly infantilized Black people than this supposedly authoritative tome.

Or simply dehumanized us. DiAngelo preaches that Black History Month errs in that it “takes whites out of the equation”—which means that it doesn’t focus enough on racism. Claims like this get a rise out of a certain kind of room, but apparently DiAngelo wants Black History Month to consist of glum recitations of white perfidy. This would surely help assuage DiAngelo’s sense of complicity in our problems, but does she consider what a slog this gloomy, knit-browed Festivus of a holiday would be for actual Black people? Too much of White Fragility has the problem of elevating rhetorical texture over common sense.

White Fragility is, in the end, a book about how to make certain educated white readers feel better about themselves. DiAngelo’s outlook rests upon a depiction of Black people as endlessly delicate poster children within this self-gratifying fantasy about how white America needs to think—or, better, stop thinking. Her answer to white fragility, in other words, entails an elaborate and pitilessly dehumanizing condescension toward Black people. The sad truth is that anyone falling under the sway of this blinkered, self-satisfied, punitive stunt of a primer has been taught, by a well-intentioned but tragically misguided pastor, how to be racist in a whole new way.

Vigorous, constructive activism in the real world on issues of import to the Black community.

And that activism should be led by the Black community, not by a white consultant who charges up to $15,000 per event for eight to ten presentations a month.

White people, listen! Then get in the march - and mostly at the end, not at the front of the parade! 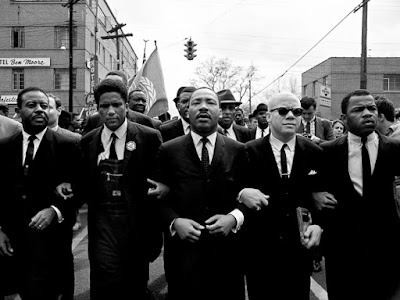