#86 / Capitalism From The Bottom Up 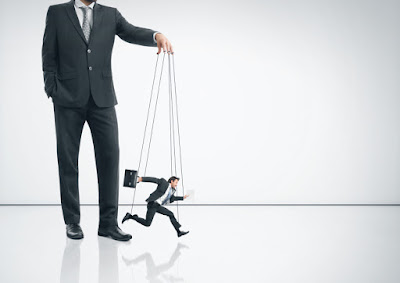 The fact that "capitalism" has been wicking virtually all the wealth produced by our society to the very top of the economic pyramid, leaving most workers behind, has been evident for some time now. This fact has driven the Bernie Sanders' 2020 campaign for the presidency, and it may also, oddly enough, have given us the election of Donald J. Trump to the presidency, in 2016.

Concerns about the fact that virtually all the benefits of our economy have been appropriated by the ultra-wealthy has also sparked a movement known as "Corporate Social Responsibility," or CSR. Proclamations of great concern for "social responsibility" have now been issued by the "billionaire class," as evidenced in a letter signed by top corporate CEOs. Such expressions of concern have definitely not convinced me (or many other people, I think) that the giant corporations have changed their tune, and that they now realize that workers are, in the end, more important than the corporate elite.

As I read The Wall Street Journal on Friday, March 20, 2020, however, I realized that the coronavirus crisis has cleared everyone's vision, at least to some degree. The Wall Street Journal editorialized about the need to focus on "economic" issues, not simply "health" issues, and Congress, including even the corporate-controlled Senate, understands that this is actually going to require direct payments to ordinary men and women, because (it suddenly appears) our capitalist economy actually works from "the bottom up."

The corporate CEOs can count on their cash and stocks, but they have been watching their stock values crash as it becomes clear that when taxi drivers, waiters and waitresses, small store owners, barbers and beauticians, and other working people don't have any income, the whole edifice comes tumbling down.

It is about time we all figured that out! We are all in this together! Let's not forget it when our period of "social distancing" comes to an end!