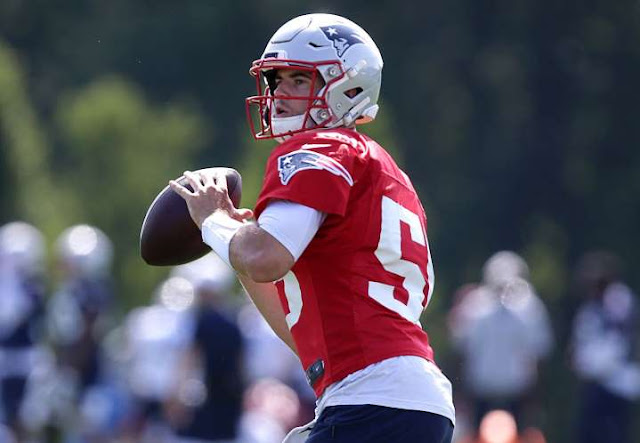 The "Monday Morning Quarterback" phenomenon is quite well known. The practice is not only found in post-game sports analysis, either. It is observed, at least as much, in political commentary.

On this past Sunday (not even waiting for Monday), The New York Times ran a couple of "Monday Morning Quarterback" type analyses of the Democratic Party Presidential Primary.

In fact, of course, the state primary elections that will - if the normal course of things prevails - determine who the Democratic Party candidate for president will be are not yet complete, and the coronavirus pandemic has injected even more uncertainty into these elections than would normally be the case. Nonetheless, The Times' middle of the fourth quarter review has pretty much proclaimed Joe Biden as the winner of the Democratic Party nomination for president, which then allows The Times to provide its "Monday Morning" analysis of how Bernie Sanders ran his (presumptively losing) campaign.

The two articles in The New York Times to which I refer will not necessarily be accessible to those without a subscription to The Times. As someone who does have such a subscription, let me at least provide links to the two articles I am talking about. They are, unfortunately, way too lengthy to incorporate into this posting.

Did America Misjudge Bernie Sanders? Or Did He Misjudge America? (Robert Draper) 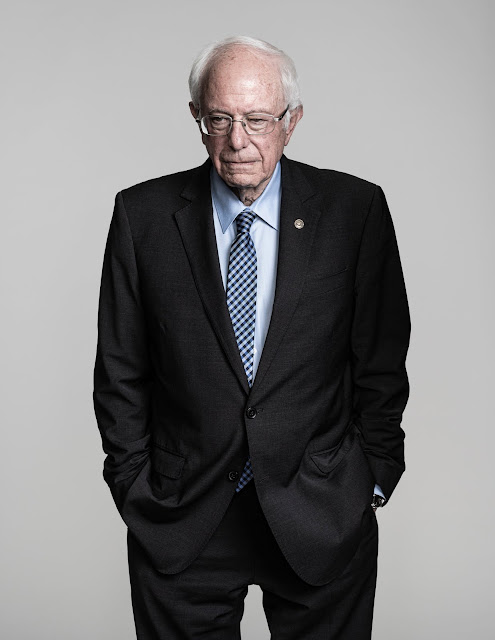 Not mentioned as "hobbling" the campaign is the kind of coverage of the Sanders' campaign provided by The Times during the entirety of the primary season (to date and continuing). The Times thinks Sanders should have tried to present himself in a more "moderate" light. Maybe he should have, but The Times, which would probably want to claim that its approach to political reporting emphasizes "moderation," has been ruthlessly negative about Sanders (at least in my opinion) throughout the entirety of the primary campaign season. Immoderately so.

I particularly laughed at the reporting in the Draper article, that showed how Sanders was an effective political leader, working with those who had different views, pretty much throughout the entirety of Sanders' career as an elected official. Bernie really should have emphasized that more, says Draper!

Well, that record of political compromise and effectiveness was well-known to The Times, and to anyone who follows politics closely. But there was no such story up till now, and now it's Bernie's fault that he didn't go out of his way to emphasize this! In trying to provide balanced and "moderate" coverage of the campaign earlier, The Times could have done an investigative piece that told Wall Stret and Main Street that Sanders had strongly progressive views, but that he had always had those views, and that when he acted as an elected official he was both willing and able to work well with others, and to try to move the ball up the field as he kept trying to reach the goals he consistently proclaimed.

No such story ever appeared in The Times - at least, not that I remember. It's really a shame that Bernie Sanders didn't make his effective record clear, earlier! That's probably why he's out of the race right now!! He just really "misjudged America." That's what America wanted to hear; why didn't he tell us?

As you can tell, my respect for this kind of political reporting by The Times is not very great! I do, however, have great respect for Bernie Sanders. As the Monday Morning Quarterback crowd begins to circle, and the political vultures start swooping low over the body of one not yet actually dead, I think it is important to say this, too:

I have been, and continue to be, a Bernie Sanders' supporter. I believe, based on what I know, that he would not only continue to push for the kind of real changes needed to address income inequality and our global warming crisis, but that he has a demonstrated ability actually to get some things done.

Probably, The Times is right that we are not going to get a chance to vote for Bernie Sanders in November (presuming that we do get a chance to vote at all, which I highlight as another thing to worry about as we confront the coronavirus pandemic). If we don't get to vote for Bernie, I am sorry for that, because I believe the challenges that confront this country (and the world) require dramatically different approaches from the approaches that our politics has produced from past Democratic administrations.

I am not a big "sports fan," so I am not really tempted to do the "Monday Morning Quarterback" thing very much where sports are concerned. I just don't have the necessay experience even to be tempted to do that. I do, though, know enough about sports deeply to respect those who go out on the field on behalf of the many who watch them from the stands, or from the couch in front of their televisions at home, playing the role of spectators to the arduous contests that they then feel free to criticize later.

I have no critiques, Bernie. I am not going to tell you why you did it wrong (and particularly not unless and until you have actually lost or conceded).

What I am going to tell you, Bernie, is how much I appreciated your willingness to enter the contest, to play the game, to get out on the field, to take the tackles, and to keep on pushing.

Your campaign has convinced me, Bernie - and I think hundreds of thousands of others - that we can't be political spectators any longer.

We, too, need to get out on the field and to take some tackles that hurt us to our own aching bones!

Thank you, Bernie Sanders. Thank you for that!