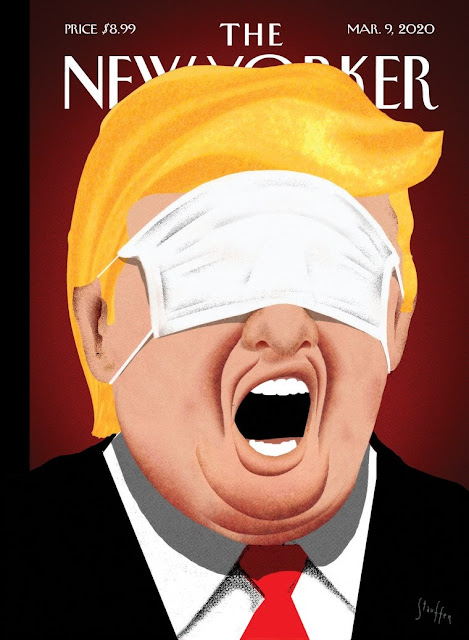 The March 9, 2020, edition of The New Yorker came with a great cover, featured above. That edition of the magazine also included an important article, for those who care about the state of our nation's political life. In the hard copy version of the magazine, the article was called, "#Winning."

If you search for the article online, you'll find that the title has changed, and it is now quite a bit longer: "The Man Behind Trump’s Facebook Juggernaut." That "Man" has a name, Brad Parscale, who is pictured below: 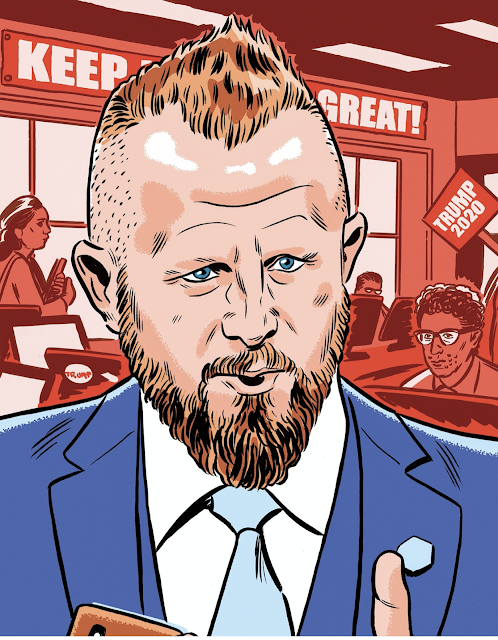 The article on Parscale, which was written by Andrew Marantz, is worth reading in its entirety. In fact, the next time I teach my UCSC class on "Privacy, Technology And Freedom," I think I will make this article part of the assigned reading. Parscale is no "genius," at least according to one of the people quoted in the article, but he did convince the Trump campaign to use Facebook to its fullest. That decision by the campaign probably gave Trump the presidency. The techniques used by the campaign, outlined in the article, tell a cautionary tale about what is ahead for what Alexis de Tocqueville once called "Democracy in America."

Facebook has amalgamated an incredible dossier of information on virtually everyone in the country - and this appears to include non-Facebook users, too. The platform has been incredibly successful in parlaying this proprietary information into success in the advertising world, and it turns out that political advertising isn't all that different from the commercial variety. This is one of the insights for which Parscale claims credit. Selling Trump? That's just another brand of soap!

Right after the Trump victory in 2016, Mark Zuckerberg, Facebook's founder, downplayed the idea that Facebook played any truly significant role in the Trump victory. According to Zuckerberg, "the idea that fake news on Facebook, of which it's a very small amount of the content, influcenced the election in any way, I think, is a pretty crazy idea ... Voters make decisions based on their lived experience."

As one Facebook employee put it, quoted in The New Yorker article, that's just "bullshit."

"Facebook's business model is premised on the assumption that there is no solid boundary between social media and 'lived experience' ... For a decade, our pitch to everyone, especially advertisers, was 'We can target the exact people you want and make them behave in the exact ways you want.'" That is a "non-bullshit" statement by the Facebook employee who called his boss out for providing a bullshit statement about Facebook's influence in the last presidential election.

Facebook, and other Internet platforms, will continue to be successful in influencing political behavior, as long as we are all beguiled into the idea that what we encounter on social media is equivalent to our "lived experience."

The "realities" we find online aren't, quite often, any kind of "reality" at all, and our experiences on social media aren't just another variety of our "lived experience." If we want to preserve a democratic politics, we will have to find ways to shift our significant political conversations from "social media" to an "unmediated" reality in which we rely on conversations, and debates, and discussions with those flesh and blood characters with whom we have personal contact, in real life (IRL).