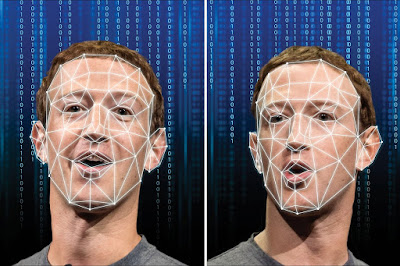 The headline on a Wall Street Journal article published on January 8, 2020, read as follows:

Facebook is banning videos that have been manipulated using advanced tools, though it won’t remove most doctored content, as the social-media giant tries to combat disinformation without stifling speech.

"Some" fake videos, in other words, will be published so as not to "stifle" speech. Writing in The New York Times, under the headline, "Why Politicians Get a License to Lie," opinion writer Charlie Warzel explained what has happened this way:

On Monday, Facebook announced a new policy to ban artificial intelligence-generated “deepfakes” as well as videos “edited or synthesized … in ways that aren’t apparent to an average person.” In theory that sounds like a welcome effort to curb disinformation.

But the new policy won’t, for example, cover subtly edited videos like last year’s slowed down viral Nancy Pelosi clip. And politicians and their ads remain off limits to Facebook’s third-party fact checkers. A company spokesman told me Tuesday that if Facebook determines a politician has shared manipulated media in an ad, Facebook will remove it. But, as far as I can tell, bogus content — even outright lies — is still allowed, as long as it isn’t manipulated by artificial intelligence.

And the company left a big loophole: Facebook will not censor political speech if it is in the public interest to see it. “If a politician posts organic content that violates our manipulated media policy, we would evaluate it by weighing the public interest value against the risk of harm. Our newsworthy policy applies to all content on Facebook, not just content posted by politicians,” the spokesman wrote in an email.

There are, I think, credible arguments on each side of the question whether Facebook (and other Internet platforms) should uniformly prevent the posting and dissemination of ALL fake content, or just SOME fake content.

My reaction to the issue is that WE, collectively, need to decide the rules that govern the world we inhabit. That includes the world of the Internet, which is more and more the "real" way we interact and communicate.

Facebook, in other words, should not be making decisions about what sort of information is being disseminated to the public. The public should be making those decisions. We do have a way to do that, should we care to employ it. It is called representative democracy. Congress and our elected representatives should be having the debate that has apparently occurred internally, within the Facebook bureaucracy, and Congress should be making the rules, not Mark Zuckerberg and the corporate bureaucrats working for Facebook!